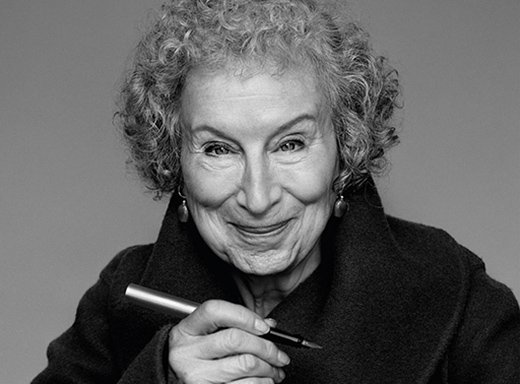 Margaret Atwood: If you don't cash in the first time, try, try again…
I

t’s only fitting that Canadian author Margaret Atwood chose the sacrosanct British Museum as a venue to present “The Testaments” (Chatto & Windus, 2019), her hotly-anticipated sequel to the 1984 dystopian saga “The Handmaid’s Tale.” She also ensured her pre-publication talk was linked live to some 1,500 movie theaters worldwide

Why all the fuss?

Atwood has learned her lesson. “The Handmaid’s Tale,” while a best-seller in the 1980s, had fallen by the wayside until being rediscovered early this century. The result was a film and a massively successful TV series. Part of this was timing.

In “Handmaid,” Attwood employed a first-person narrator to describe her life before and after the advent of the totalitarian Republic. Her intention was to show how an ordinary democracy could collapse, replaced by a cadre of religious zealots intent on repressing citizen rights, encouraging racism and ethnic cleansing. Gilead’s rise brings with it the summary execution of Jews, blacks, and Indians.

Women are also “demoted,” with the handmaid serving as a fertile sex-servant to elite males on a planet in which an unnamed apocalypse has generated mass sterility.

To some 21st-century readers watching the #me2 firestorm while also in the presence of a Tweeting, overlord-styled president, “Handmaid” felt chillingly prophetic.

To some 21st-century readers watching the #me2 firestorm while also in the presence of a Tweeting, overlord-styled president, “Handmaid” felt chillingly prophetic. Its open-ended finale all but begged a sequel. Atwood, who received very little revenue from the video bonanza, was glad (if not vindictively happy) to oblige.

“Testaments” which is set 15 years after “Handmaid,” bears Atwood’s career-long mastery of plot intricacy and shrewd doling out of character details.

In this saga, three Gilead women of different ages, each with specific but different roles, recount their lives until their voices come together in a commonly shared “present.” The testaments of the three — Daisy/Nicole, Agnes Jemima, and Aunt Lydia — will come to provide a bulk of evidence against the totalitarian “Republic.”

These constantly shifting narrator voices create and sustain the edgy, nervous tone that permeates the novel.

Aunt Lydia is the late-middle-aged, potent CEO of Ardua Hall, a vast complex where she and all the other “Aunts” teach Gilead women about their fixed social roles — that of the Elite Wife, the Handmaid, and the Unwoman. Cattle prods are used as teaching aids.

Lydia is the voice of how these horrors came to be. Years ago, at the Republic’s inception, professional women were rounded up, herded into a packed stadium and deprived of food and water. They watched as women from their midst were pushed to the center of the stadium and shot. From the scarred female survivors of this systematic massacre the Elite created “The Aunts,” and Lydia was smart enough to become their leader.

This premise allows Atwood to create a character who is uniquely admired and ferociously despised. Punitive, cruel, and manipulative of both her students and the Elite, she writes a secret diary chronicling all the rot that has beset Gilead.

Nicole (also known as Daisy) witnesses agents fire-bombing her family’s car and killing her parents. Suddenly, agents of the Mayday underground appear, pushing her into another car and taking her to a safe house. There, she learns that from birth she’d been hidden with adopted parents. She’s told she’s the “famous Baby Nicole,” the child the pregnant Handmaid of the 1984 novel was carrying when last seen. Since birth, she’s been sought by authorities.

Mayday will enlist her as an agent and she’ll return to Gilead, this time as an informant planted in Ardua Hall.

Thirteen-year-old Agnes Jemima has only confused memories of her infancy. When her loving mother dies, a stepmother offers her to the Aunts for retraining as an Elite Wife. Her sole alternative is to convince Aunt Lydia that she’s unfit for such a role, since she wishes to become an Aunt herself. Over the next decade, which include training and work, she learns to read — a skill forbidden to all Gilead women aside from the Aunts. And, just as we always hoped: reading can set you free. Over time, Agnes begins to understand the inside world of Gilead’s story.

When Aunt Lydia proposes Canadian escape to Agnes and Nicole, they’re finally ready to play an active role in Mayday movement. But do they arrive in Canada?

Though Atwood loves teasers, she offers an Epilogue, just as she did with “Handmaid.” But this postscript is far more complete than the first. Still, the overall effect isn’t satisfying.

Though many of the centerpiece characters are accounted for in practical terms (you know where they are and how they feel), the human ingredient is unconvincing.

A strong story with an unsatisfactory ending

Worse, Atwood undercuts her own upbeat postscript by dwelling, as she did in the first epilogue, on the biting voice of archeologist Dr. Pieixoto, a professor of Gileadean Studies. He is the voice of the future reflecting on ancient history. But again, is it ancient?

Two digs, in 2,195 and 2,197 have unearthed tapes, interviews, and a diary from the Gilead period. Microdots containing secrets enough to damn any government have also been found.

But is this enough to satisfy readers focused on the Gilead period and what became of it?

Of course it isn’t. All the more se so because the documentation Pieixoto brings to light is more about how the discoveries were made than the evolution of Gilead.

Absent the women themselves, and their grievous suffering, all rings hollow. Instead, Pieixoto sympathetically traces the Gilead rulers’ “brilliant synthesis” of socially pre-existing racism and sexism. He also enjoys making joking references to the “Female Frailroad.”

It is, to say the least, a pessimistic vision of a still male-dominated world that has continued well into future. In no one’s best interests.

Atwood co-won the Man-Booker Prize for the novel, and its next stop is almost certain another movie or series, only this time the author will take home more than pocket change.