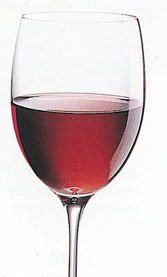 ome of my friends tell me I can’t possibly be serious when I explain that I consider Barbera to be the perfect Italian wine. Surely, they tell me, that tribute would be a better fit for a world-class wine like Barolo or Brunello, a powerhouse like Amarone, or the omnipresent Chianti.

But the more I drink it the more I fall for Barbera’s seductive and very Italian charms: It’s rarely expensive, it’s almost always good, and its unusual combination of acidity with soft tannins makes it an ideal partner for hundreds of foods including — and what could be more Italian than this? — lasagna, pizza, spaghetti in red sauce, or anything else that focuses on tomatoes, the staple of Italian cuisine whose acidic backbone can make a lot of better wines seem flabby or dull.

Barbera is now flourishing all over the world, grown by nostalgic Italians in Argentina, Australia, South Africa, and the United States. In Italy, it can be found in Friuli, Liguria, Lombardy, and Umbria. But the grape’s home is Piedmont, the region best known for Nebbiolo-based superstars Barolo and Barbaresco, which I will admit are, in almost every respect, superior to the Barbera I hold dear. But for a single bottle of one of those special-occasion wines, you can buy a case of charming and quaffable Barbera. And I could even argue that Barbera’s bigger and more robust cousins aren’t quite as food friendly as Barbera is.

All three Piedmontese wines benefit from an amazing string of up and down vintages, starting with 1995. Since then, the worst vintages (1995, 1999, 2003) have been very good, and the best (1997, 2000, 2001, 2002) have been extraordinary. Because of its light tannins, Barbera is not a wine to be aged, and so anything more than four or five years old may be well past its prime — meaning that when it comes to Barbera there’s not a bad vintage to pick from.

Until the mid-1990s, Barbera was still the most commonly planted grape in Italy (it is now second behind Tuscany’s Sangiovese) and to this day around half the vineyards in Piedmont are planted with hearty Barbera, which can grow under conditions that would make the more temperamental Nebbiolo suffer. There are dozens of good Barbera producers, and if you don’t have a favorite, a good wine list trick is to check out the producers the restaurant owner prefers for the high-priced Barolos and Barbarescos and then order that producer’s Barbera.

The most common Barbera is from Asti, which makes three times as much of the stuff as does nearby Alba. A third region, Monferrato, is where the first Barberas were made and in terms of production levels it falls in between Asti and Alba, though Barbera del Monferrato is generally harder to find because much of its production is consumed as table wine in the region.

I’ve tried to come up with a rule of thumb to determine which of the three regions produces the best Barbera and under which circumstances. But the truth is they’re hard for me to tell apart, although Monferrato’s producers seem to have mostly avoided the trend of using oak barrels to give the wine the tannic structure it requires to be more “age-able” (and much more expensive).

I’ve got mixed feelings about barrel-aged Barberas, though that may just come from a longing for the juicy, light, and fruity wine that comes to mind when I see “Barbera” written on a wine label. But a lot of folks love ‘em, and so more and more of these barrel-aged wines are appearing on the market. These will often have the name of a specific vineyard on the label alongside the name of the producer. You can really tell if you have one because it will taste tannic — the characteristic of the wine that makes you pucker a little and which dries out your gums. The wood turns the wine’s natural fruitiness into an intense and rich taste of berries and dried cherries.

But the classic Barbera uncomplicatedly carries the name of the producer along with the region, and is a simple and slightly rustic wine that can stand up to anything from pizza with anchovies to grilled meat. If drunk on its own, you may notice a sharp tingling on the tongue — that’s the acidity that needs a bite of food to tame it. But have a forkful of almost anything and you’ll discover the roundness and balance that makes Barbera the perfect Italian wine. Seriously.