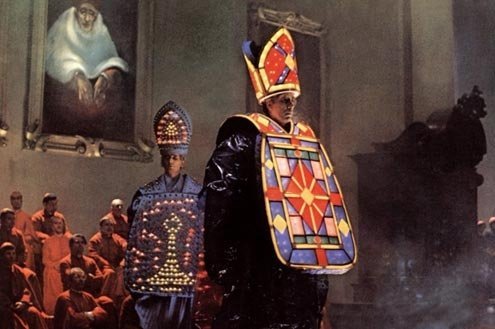 ow popes became popes sounded to me like the stuff of storks and babies. Only in place of storks was a celestial dispensary stocked with meteoric revelations destined to somehow illuminate dozens of brittle men camped out in the Sistine Chapel. If only the illumination didn’t tarry, which too often it did.

My long-ago informant was Joseph Krol, a patient, witty man who was also Archbishop of Philadelphia. In the so-called year of the three popes, 1978 — two deaths; Paul and John Paul I, and two elections; John Paul I and II, all in a span of 50 days — I was assigned to tail Krol by my news agency.

Thankfully, he was funny. With the state of Eagles and Phillies, he said, Rome seemed like an excellent place to be all year round. But whenever I asked him how the pope was really elected he’d roll his eyes and look skyward. “Don’t ask me,” he’d reply. “I’ll know when I get the message.”

So much for rumor, confabulation and insider trading.

Cardinals, masterfully encoded clowns, spoke in riddles for weeks, maddening the press into speculation and exaggeration. I was merely confused — by the garments, by the rites, by the immensity of the chapel itself (I was escorted in briefly; small desks arranged in rows with white linen covers on each one). Here was a manmade ancient Hollywood with marble and matching wardrobe. Fellini got it right.

Krol’s lightheartedness humanized the arcane. He had a big laugh. He fussed over big hats. He even winked. The Holy Spirit — as he told it — had a sense of humor. The script of the future hadn’t been written. “We don’t know what’s next, otherwise we wouldn’t be meeting.” This from an unapproachable archconservative — or so I’d been told.

I mostly smiled politely while the veterans around me dismissed what they labeled his pre-electoral dissembling. Men of grand rites knew no ad-libbing. Nothing was left to chance. All providence as rehearsed. So brayed the Vatican press corps, to which I deferred because it made me feel more adult.

Yet their surefire boat leaked early and often.

In August 1978, Krol and his color-coded cohorts picked the Archbishop of Venice as the next pope. The sweet, high-pitched man was so overwhelmed by the vastness of the moment, the world as his audience, that he all but giggled on the balcony of St. Peter’s. He was afraid and humbled, he said; he’d do his best. But to amazement and perplexity he said all this in the first person, as “I,” a man, and not the commonplace “we,” the pontiff, Bishop of Rome, urbi et orbi, oceanic voice of the inchoate church. The slightly frail and gently grinning man-pope who would later turn down centuries of pomp and circumstance by refusing a coronation stupefied even Krol. The pope was Albino Luciani, John Paul I, who took the name of his two predecessors out of deference, unaware of the implications of his self-effacement.

Maybe for that reason he lasted only 33 days before a heart attack (or a poisoning, if you believe conspiracy theorists) extinguished a modesty his cardinal peers disliked. But his death couldn’t reverse the 33 days. The pope now had a first-person voice. He could also speculate: Luciani refused to assign God a gender. Who could know if God was male or female? This remark produced even greater stupefaction (and cardinal rage). No one seemed to understand Luciani except children, who reveled in his presence.

When he died, back came Krol & Co., this time summoning a former Polish actor, the Rudolph Valentino of the papacy (baseball would call him a natural), who — thanks to Luciani’s opening — hungrily asserted the whole of his intense and often doctrinaire first person (he also turned down the crowning). And after him came a serious if slightly dour German theologian, already an old man, who ascended above all because he’d ably managed the shop as the Polish actor grew aged and desperately ill.

Krol was long-gone by 2005, when the German got the job. It hardly seemed heaven-sent. More like practical.

So who then would have thought the German capable of reviving the Luciani days, of pulling a fat rabbit from stitched-shut top hat. Even unhinged Germans don’t violate protocol. But this one has.

Tired, sick, and depressed — in part by the chaos around him — he quit. He didn’t wait to die in public view, as spiritual rote required, or did. He took his own spiritual advice in much the same way Luciani did when he spoke as “I” instead of “we.” The German is walking away, maybe into seclusion but most definitely away — some insist from internal squabbles of his own making, but no matter.

If Krol were still around he’d probably say, “Don’t ask me what happened. He got the message.” But just how that message works, who really transmits it, how to pick it up, what triggers likes, dislikes, consensus — all that remains more anti-transparent as ever. Not fashionable but still fascinating.