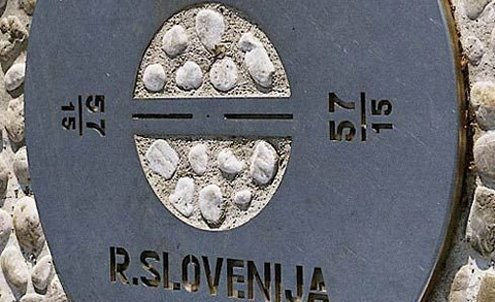 Visit the Slovenian-border Gorizia, or Frosinone, instead of San Gimignano.
I

recently grumbled to a friend that in three weeks in the U.S. I had taken six flights and been “randomly” selected for extra searching four times. “Try six out of six,” was the rejoinder. A Muslim-sounding name and Indian roots trumped an Oshkosh upbringing and Princeton education, and tainted forever his definition of “random.” This sad fact of my friend’s life, whose implications must not be belittled by any comparison, illustrates vividly how everyone’s identity is hostage to social, cultural and ethnic details beyond our control.

I myself have wasted too much time confronting silly prejudices that come with what a friend described as a “country club face.” (Except for once in the 1980s: Carabinieri at Malpensa judged it a Baader-Meinhof face. They strip searched me and confiscated everything — I could not even buy a coffee and a newspaper — returning my purse and all documents only when I was sitting in my airline seat.)

Those of us who live between two countries know all about being hostage to superficial categories. I have been held personally responsible for incidents including Leon Klinghoffer’s death, the flaunting of Monica Lewinsky’s dress, and the looting of Baghdad. At times I prefer avoiding Italian dinner parties.

Though you are accountable for every bad thing your native country does, no one ever believes you when you try to straighten them out. A mere week after doing so, I found myself shouting at an acquired cousin who insisted you could not renew a U.S. driver’s license by mail. A friend refused to believe personal experience which suggested that members of Yale’s Skull and Bones club could probably not run the world and that ordering and emptying a keg was the extent of their managerial capabilities; figurati controlling fractious international organizations.

Yet these people complain that Americans think Italian and Mafioso are synonyms.

It works both ways for dual-country residents.

Good luck trying to tell an American that daily life in Italy is neither romantic nor beautiful. How many people sigh and tell you that your life on the Peninsula is their dream. They do not want to know you stand in line at the supermarket and ferry children around — just like they do at home. They are convinced I linger in cafés reading the newspaper, drinking cappuccino and fending off hunks who blow kisses at me as they whiz among monuments on motorini.

Yes, of course they know that living in Italy is not all the scent of rosemary and sun-warmed pink intonaco walls. There are those pesky but colorful natives who, despite being disorganized, sly and cheerful, dispense eternal truths about the importance of family and the poetry of putting dinner on the table.

Live here long enough of course and it all becomes far less simple. Nothing in Italy is as idiotic as American touch-tone menus. Just try to find a good plumber or electrician in the U.S. or UK, much less one as prompt, polite and skilled as those I rely on in Italy.

All the stereotypes exist here — and everywhere. If they had no basis in truth, stereotypes could never take root and grow. It is terrible that my friend is harassed in airports, but he shares superficial characteristics with some individuals with bad records. I share characteristics with people interested only in their handicaps and the high price of green fees. It’s too bad for everyone.

Unlike many problems today, solutions are within our grasp. Be patient while waiting for the “You’re not like I thought” moment. Be wary of your own judgments. Residing in an adopted culture that does not recognize your own country’s stereotypes is often liberating. Likewise, living in an adopted culture affords a daily lesson in the pitfalls of prejudice and preconception.

Every year brings a new crop of foreigners to Italy seeking a hackneyed image of Italian life. A word to the wise for this year’s group: Enjoy your Tuscan-sun moments; yes, you’ll have them. But put your Italian stay to better use. Change the storyline. When you return home, tell your friends about the uninspiring meal you will certainly have had. Marvel at the Italians’ superior skill with aspects of high-technology — cell phones, for example. Visit Gorizia, or Frosinone instead of San Gimignano. Back home, notice your pulse rate rise when people can’t parallel park or the bank teller closes her window just when you reach it.

You will have a better Italian trip, and be a better person.