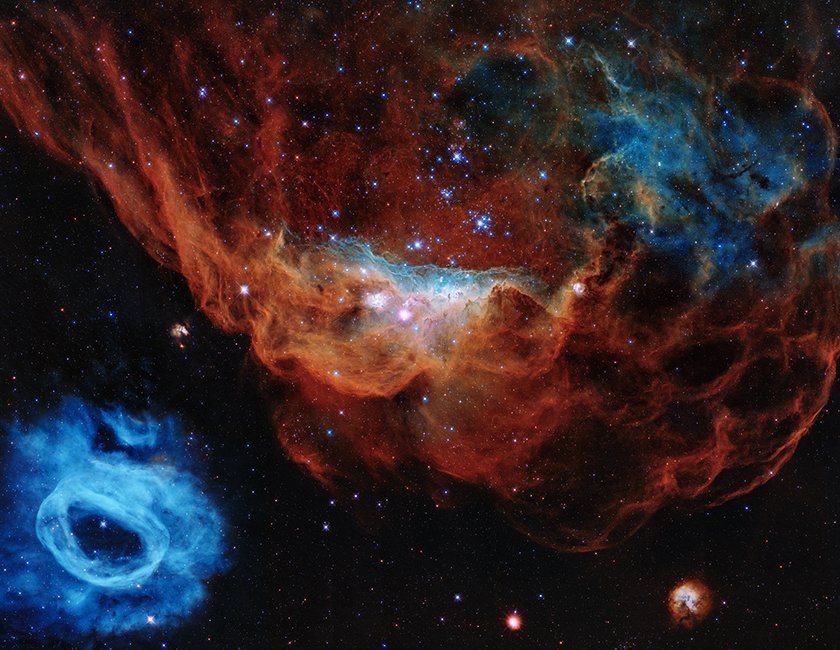 Thomas Mann, Flaubert, and Gogol are not visible in this image,
I

n the years before his death earlier this year at the age of 89, my erudite brother had turned away from his lifelong devotion to literature and fiction, a life dominated by teaching comparative literature to graduate students at the University of Virginia.

Though “Buddenbrooks,” “Madame Bovary,” and “War and Peace” by no means vanished from the core of his intellect, he no longer read these books — scanned and scrutinized hundreds of times over a forty-year career — as he had when his job was to make sense of their stories and structures to those who aspired to teach literature, and to those who aspired to teach or write themselves.

The endless cosmos attracted my brother, helping to make worldly rustlings and political barking less offensive. He instead turned literally to the mysteries of the universe, reading about astrophysics, the hows and whys of light years, and his favorite, chaos theory — beloved because what underlay it was not chaos, but how chaos could suggest harmony, a paradox and an irony that appealed to his literary side.

He spoke to me in wondrous tones about what various authors had to say about what made up the universe, which seemed to him like some sort of marvelous but baffling prairie that went on forever and often seemed to contradict its own known laws — yet another perk for a man whose life circled around characters created by authors who sought to paint the landscape of their eras by populating their novels with men, women, and families that could not fully understand what the other was up to, making for the confusion that propels that agitation known as literary narrative.

This other side of my brother was especially fascinating as he applied it to his own mortality, a cosmically insignificant event to which only one known species attached meaning. This permitted something in the spirit of relaxation, as his departure would not cause the ever-busy cosmos to cancel dinner reservations.

Even more breathtaking was the phrase “known universe,” which suggested the immensity fathomed by scientists was likely only a fraction of the whole, if in fact the cosmos even recognized such literary concepts.

That the universe eluded anything but conceptual comprehension attracted him, perhaps because it vexed the task of a novelist to create and command miniature universes their own, for better or worse.

He was not a religious man or even a spiritual one, but he lit up when trying to explain how he’d read that time as known to the human mind could have a separate theoretical meaning unrelated to anything in the realm of clocks.

The yonder, as he came to know it, was composed of paradoxes and immensities that allowed for suppositions only. There was no back wall at the end of the cosmos on which someone or something had hung a placard with the word, “No more.”

The simmering of his awe seemed at times in concert with the ponderings of the ancient enlightened, which was divided over whether oceans went on forever or if oceans ended where the abyss began. And if indeed an abyss existed, where might it lead, especially since hell-fires had no need for water.

The closed world of the novel — though firmly structured and ethically girded — had lost its almighty sway. Cosmic mysteries interceded, and were for him a refreshing break from a cultural and political landscape that had come to seem grimly warped, in particular following the rise of a vulgar business tycoon to the American presidency.

In our final chats, he time and again said, “There is so much I do not understand, Christopher, that no one understands.” To say this aloud seemed to fortify him.

In his field of literature, he had understood a great deal and for decades had transmitted this understanding as skilled teachers do.

Cosmos aside, he never broke entirely from the novel, often mentioning new authors and books he admired. But as the years wore on, he increasingly compared himself to restive characters from the works of Gogol, Thomas Mann, and Conrad, figures intent on digging beneath the surface.

But as the years wore on, he increasingly compared himself to restive characters from the works of Gogol, Thomas Mann, and Conrad, figures intent on digging beneath the surface.

So it was that his new fiction, appropriately surreal, came to rest alongside quasars and quarks and theories that contradicted reality itself.

What precisely was a black hole aside from the many meanings it had taken on in pop folklore?  How could the unseen and amoral blending of cosmic forces ever make clear sense in a human mind whose capacity for abstraction was limited, even in the reading of fiction? Film could perhaps help by fabricating fantasies, but fantasies they would remain. No one would soon “visit” string theory, nor would chaos politely stop to introduce itself. How wondrous to be constantly on the doorstep of the impenetrable.

“There are particles of matter that are not quite particles but still gather around each other though they do not in any documented way exist… Only something that seems like a while proved them.”

This he said to me last year, after which he quipped. “Knowing of this, which is to say knowing nothing, I can now die in peace.”

Which soon thereafter is precisely what he did, specifying his ashes be disposed of in any way convenient to to his son. Dust to dust without fuss, in the spirit of letting the living get on with their day-to-day. He had come to acquaint himself with particles, and from what he gathered they were not, for the most part, in the least bit fussy.