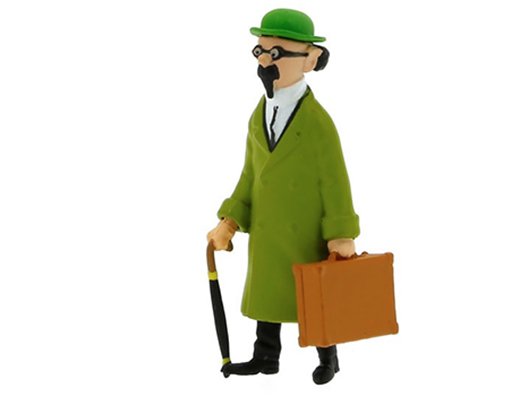 y mother once knew a physicist she purposely used as conversational garnish. She’d add him into her small Rome gatherings so that when the conversation turned bitter, which did often in the politically ferocious 1970s, he could intercede with a distracting (and apolitical) remark about his new theory of lunar declension, which, though madcap, usually made the theorists mum. All knew about the ascent of the Communist Party, fewer about the inclinations (and declinations) of the moon.

The physicist, a slight and sallow Sicilian with a goatee, was saddled with a distinctive if unfortunate surname, Crapollo, all but assuring that guests would address him only as professore. The professore had no interest in left wings or right wings, let alone political parties, entities he referred to as unscientific. If forced toward the subject of current events, he’d respond by speculating on the kind of gravity that held ideas together, infuriating those who demanded he take a position.

This was understandable at the time. Italy had nearly given a parliamentary majority to the Communists; much in the way it recently gave it to the Five Star Movement, to show disenchantment with the status quo. That establishment included many of those at my mother’s dinner table, giving dinner table anti-communism a special torque. Within a few years, the country’s so-called Eurocommunists would run out of steam and Italy, briefly under a Cold War microscope, returned to its slow-to-change byzantine ways.

But the professore never tired of lunar declensions and arcane explanations about the behavior of differentially separating particles, which he compared without explanation to the spokes of a bicycle wheel becoming gradually invisible with speed, an entertaining if baffling concept he once demonstrated by bringing a bicycle to dinner and spinning its wheels with his hands while advertising any number of incomprehensible theories, or so they seemed to me.

The guests were rapt, never having seen a bicycle in a Rome living room or perhaps just amazed at the professore‘s incessant eccentricity, a trait that never ran out of momentum and culminated in yet another concept, that of sequentially dominant traction, which involved what he called the “soles” of the sun, a phrase so Dr. Seuss-like I never thought to even wonder what it might mean.

The physicist, a slight and sallow Sicilian with a goatee, was saddled with a distinctive if unfortunate surname, Crapollo…

The professore was a fixture in our home for half-a-decade, a quirky Renaissance figure who also seemed entirely mad, his intelligence the product of inner frictions that sounded good but didn’t mesh. He liberally quoted from the “Divine Comedy” while insisting Dante’s bolgias were in fact substantive, like the rungs of Saturn, and made from ammonia molecules Satan (or someone of his standing) had discarded as unfit. Again, unfit for what was never made clear.

Other times the devil wasn’t the devil but a toxic gas that permeated all substances, including rocket fuel. This helped explain the corruptness of the Moon landing, which fascinated him as a sound or a color might obsess a child. The American astronauts had left behind experiments, he told us, though he wasn’t at liberty to disclose their complex nature. “The parallel devotion of strands is not to be trifled with,” he once said. And all at the dinner table paused to take this in, many nodding.

Around 1980, the professore vanished from my mother’s orbit. I had returned to live and work in the United States so I knew little about the goings on in Rome. I did think of him when the first space shuttles were launched, since he’d promised “accidence” to any number of guests and I wondered sometimes if he’d included me.

I asked my mother about him on a Rome visit and she said he’d vanished. His phone had been disconnected and his apartment vacated. One acquaintance (he had no family or long-time friends) said he’d had enough of Rome and had gone back to his native Sicily.

This was all that was known until a postcard arrived in 1984, Orwell’s year. It was addressed to “Princess Winner,” my mother, and showed a rising moon painted in watercolors, with the words, “Ascendance complete. Welcome!”

With this all-encompassing announcement, the professore officially left the building, though in all likelihood he’d unofficially abandoned it decades before.