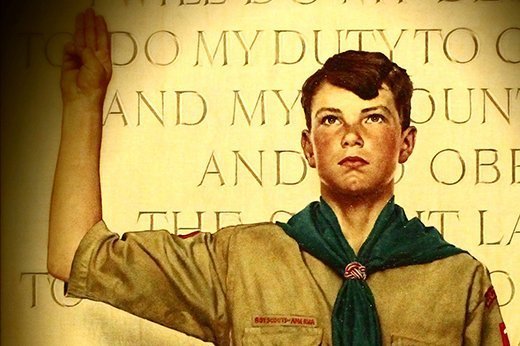 Victoria's secret? Not all are sworn to find it.
M

y testosterone is in a funk. Gnome-like, it trolls through stories of extravagantly untoward male behavior and wants to know why it has no stories to tell. At least one skeleton in one closet, it says with an imploring drawl. Just one. But I shake my head from side to side apologetically.

I tell it we never abused anyone, and it sighs.

I tell it we never took advantage of anyone drunk or sober, and though it wants to object, it says nothing.

We’ve been good, I say finally, and it scowls as if I’ve insulted it to the core.

These are hard times for decent men, all 44 of them (or so mass media and women’s movement advocates would suggest).

Sure, decent men exist, but they’re often just disguised as decent (the outfits are readily available, so are the pedigrees) while in fact their predatory side has ample history and lurks like a puma on a rock, ready at all times to eat and swallow females whole.

Full disclosure, it howls, and I try to oblige.

I did once attempt to kiss a woman who apparently disliked kisses, or me, or both, but I immediately stopped and apologized 44 times before fleeing back to my dorm room. She had held my hand and nudged me at the movies, which I mistook for incipient affection. Bad call.

I did have an incident with female apparel, one my testosterone refuses to even acknowledge but I can’t help but remember. On a date, at 18, I attempted (this time invited), to remove that remarkable piece of meshwork known as a bra. Despite my best intentions, and my testosterone’s applause, I couldn’t really figure out how the clasp worked. By the time I did, a piece of the clasp lodged under my fingernail and tore it off. We ended up — I ended up — humbled in the emergency room. “How’d that happen, young man,” asked the doctor. My testosterone stepped on my foot, hard, and I managed a story about a splinter.

Over the decades, I fondled knees, elbows, foreheads and the occasional fingertip, never to any particular objection by the bored recipients who occasionally suggested I might be more adventurous. “You don’t need to be a Boy Scout with me,” one girl told me, and yet I was — friendly, loyal, courteous and helpful, if at times mischievous.

In the end, thought, I was never hooked on Victoria’s secret, nor anyone else’s.

At times, I overhear my testosterone telling stories to campfire acquaintances about its randy youth. I tell it not to, reminding about the downside of fibs, but it ignores me, as if to say, “I listened to you all my life and now I’m left with make-believe, so leave me to it.” And I do.

Some men simply like and respect women, and other men. Some, never mind their status, pledge allegiance to notions of fairness and good conduct. What tomfoolery does occur is never one-sided, never forced, never coercive.

My testosterone calls me naïve and I return the favor by calling it senile. Its agitation, like so much around it, is voyeuristic. It borrows from the life and times of others who themselves have amply borrowed, making truth and fiction interchangeable and inviting presidential hucksters into the fray, making for he-men and she-women determined to do battle at all costs because the only currency worth anything is animosity.

You weren’t rude enough, my testosterone insists, all but shrill. You never used me, it adds. You were all about restraint and now look at you, and me.

This is when I leave my testosterone alone to hiss on its ledge, where all big cats should sit until they learn basic table manners.