Apprentice to the Flower Poet Z 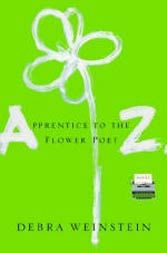 The young poet Annabelle loves the great poet Z. Positively venerates her. What could be better than an apprenticeship with the master, who is also a professor? “This,” says Annabelle, “is the story of how I came to momentary prominence in the world of poetry, and, through a series of misunderstandings, destroyed my good name and became a nobody.”

Misunderstandings? Not quite. The great Z., it turns out, is a thief and a plagiarist (“mature poets steal,” Weinstein quotes from Eliot in her invocation). What’s charming about the satire is its zealous amorality. Z. can’t imagine doing wrong; she’s the great Z., after all; Annabelle, meanwhile, can’t get beyond her good luck in being the chosen one. Weinstein is witty, softly savage, sometimes cruel.

This is a zesty first novel about that bad luck known as academia.