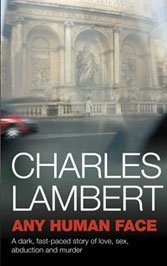 Ever feel exiled from your own skin? This contemporary malady devours Rome’s secondhand bookseller Andrew Caruso in a story that ranges from early 1980s through 2008. After an uprooted youth in which he shunts from Italy to England and back, Andrew opens a bookshop in Rome’s Campo de’ Fiori. It’s 1982. The neighborhood is fluid, with shifting personal and sexual relationships.

Uncertainties mirror Andrew’s mute isolation. Brief homosexual loves underline his longing for a partner and permanence. Yet, even in appearance, the red-haired Scottish-Italian is an outsider.

Andrew’s life changes when he stumbles on an old box containing photos of an infamously unsolved terrorist-era kidnapping. Most are police-style mug shots. But one is different: it shows a young girl signaling frantically from inside a car.

The identity of the long-lost abduction victim is as clearly identifiable as the men holding her. When Andrew organizes a shop exhibition of the intriguing “mug shots,” minus the telling shot of the girl, Italian power brokers intervene.

Andrew’s show and shop are smashed. He’s snatched by suited strongmen, pushed into an unmarked car, held and interrogated for hours. They want the photo of the girl. To give it to them is to collaborate with the brutal hypocrisies of state power. He keeps silent.

Andrew’s solitary life suddenly becomes a thriller in itself, as Lambert takes the wraps off dangerous and age-old Italian conspiracies. Yet the larger tale belongs to Andrew himself. Through colloquial, reflective prose, “Any Human Face” drags the reader into intimate contact with Andrew and his loneliness, while slaughter and a long-secret kidnapping conspiracy keep the plot racing.

Lambert’s novel provides powerful insight into the sinister nature of Italian power, and into human solitude.