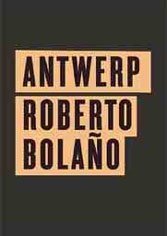 Bolaño’s kaleidoscope of cinematic ruminations was written in 1981 but published only in 2002, the year of his death. It presages the magic to come, which may be why the peerless Chilean labeled it the only novel “that doesn’t embarrass me…” These 56 vaguely interlocked vignettes are both tone poem and storyboard, tentative first moves in a literary chess match Bolaño envisages as a dream documentary. He opens with a quote from David O. Selnick, who points out that “Gone With the Wind” Tara was literally a façade. There were no rooms. From this, Bolaño builds his own kind of façade, brandishing hunchbacks, dwarves, monkeys, cops, saints and girls on all fours, for whom sex has all the appeal of a drill bit.

“I am my own bewitchment,” writes the narrator of vignette no. 4. “All I can come up with are stray sentences,” says a character in no. 30. But Bolaño never strays far from movie reels and audience (“Someone applauds…”, “On the screen there’s a street…”). Whenever a person or even matters he zooms in. Most of the fractured action plays out in Barcelona and Mexico City, lynchpins for his later, fatter fiction.

In the 2002 preface, the dying Bolaño’s unapologetically rues his past. “I felt equidistant from all the country’s of the world,” he writes. The reason is that Bolaño himself was and is both country and capital, paving vivid dead-end streets of his own invention.