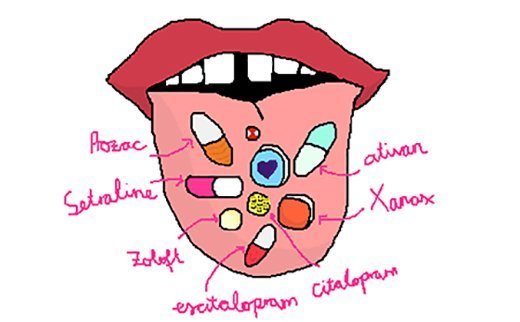 The risks of withdrawal symptoms, and the symptoms themselves, are not sufficiently studied.
A

patient is having great difficulty in finishing university. She is deeply depressed, can’t get out of bed, is failing her courses and is likely to be sent home in disgrace because her family was dead set against her studying abroad in the first place.

She calls me from bed saying, “I know you don’t believe in antidepressants but I need to finish school and I’m not making it.” She goes to her GP and specifically asks for them.

While she flirts with failing, she avoids being expelled. We continue to work together therapeutically. The following semester she graduates and wants to get off the drug. Her doctor gives her a schedule for gradually decreasing it, but she has horrible reactions. She feels what she calls “brain zaps,” the feeling of an elastic band that snaps hard inside the brain. She can’t sleep and is tired and weak. It’s affecting her so strongly she has to go back on the drug to be able to maintain her internship.

I’ve written before on the overuse and misuse of antidepressants, as well as some of the psychological dangers of recommending them. But there’s also a physical effects side to these drugs.

While they’ve been a gold mine for the pharmaceutical companies that produce them, the resources needed to test them over long periods of time have been hard to come by (this is true of many other drugs). That’s a dangerous bit of truth, since once an antidepressant is approved it can be prescribed for years. Nor is there any research on how to get off them. They’re not “addictive” in any technical sense — they don’t cause tolerance (meaning the patient is obliged to take ever larger doses to remain the same). They do often cause withdrawal symptoms.

One patient who’d taken them for less than a year and was hit with withdrawal symptoms could get no help from his doctor (there was no research or literature on the subject) or from the official scientific websites he found online. Instead, he relied on self-help forums that suggested he remove the drug literally one granule at a time over a period of a year. His experience was unpleasant and debilitating.

Not all people suffer antidepressant withdrawal. The group that does is large enough to warrant serious reflection among the doctors who prescribe them. At the same time, there’s no research to help guide them.

The underlying question is just as compelling: why are so many people placed on long-term antidepressants in the first place? My thought is that antidepressants are addictive – primarily among those who habitually prescribe them.

It appears that being happy (as well as being beautiful) has become a sort of contemporary moral obligation. I see young college students under pressure to post enthusiastically smiling photos on their Facebook pages, arms raised in a V, like so much stock photography used in advertising. Those who are not constantly ecstatic are downers or whiners, to be rejected and distanced. All too many of my female students go around with full pancake makeup, washing and styling their hair every morning, and spending hours on their appearance. There’s no room for sadness, no place for taking it easy. No comfort to be had in sharing woe and despondency with a friend, since in so many circles it’s just not acceptable to be sad.

Perverse curiosity one day led me to watch an extreme makeover show. A young mother of a two-year-old had gone in for major plastic surgery, where she had to stay away from her family for several weeks until her wounds healed. This was so she could be “unveiled” on international TV to her family and friends. It was no one’s concern that her little girl was left with relatives for all that time, unable to see her face, and eventually to see her with a new face. On the show, everyone — presenters, husband, and friends — congratulated her as if she’d accomplished a courageous or altruistic deed, like saving children from a war zone. “Good for you!” they said as if she’d done the Right Thing. Meanwhile her small daughter looked on in puzzled dismay.

Can we be always happy? I doubt it very much. Moments of happiness are peaks in a choppy ocean, and sadness is part of life. The response to sadness and depression, as George Atwood says, is to bring that pain “within the circle of human understanding” not to try to erase it.

No, not everyone can afford therapy, and sometimes they have responsibilities that just can’t be put off, like caring for their children. But maybe a more empathic spirit around them would help.