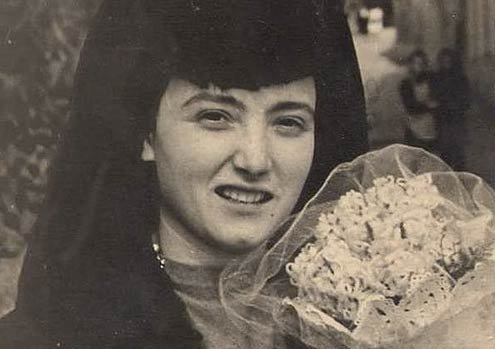 I can imagine men once honked their horns and stomped their feet to get her attention...
I

don’t yet know Rome or its inhabitants very well. My job schedule combined with my arrival a brief two months ago has made for a choppy and inconsistent social calendar.

I’ve met people, good people and potential friends, yet I’ve only succeeded in seeing them once or twice, my nights usually occupied with teaching the conditional tense or the delicacies of the present perfect.

Teaching, strangely enough, can be a lonely job. Though I’m frequently in the company of my students, there are hours between lessons in which I find myself with nothing to do, clean stretches of time when I could sit down for lunch or perhaps visit an unfamiliar museum. But none of these prospects, at least for me, are much fun to do alone. Rome is very much a city of pairs, groups, of “look, look!” and “taste, taste!” Rich in beauty, it begs to be shared.

Yet even in these moments of loneliness, little things seem to happen to buoy me, if only for short flutters of time. Most recently, while waiting for the bus, I was stopped by a woman named Mirella. With evening falling, Mirella’s failing eyesight made her unable to hail a cab.

Mirella is an elderly woman who remembers World War II and the days of food rationing. I can also imagine Rome men once honking their horns and stomping their feet to get her attention, because she was and remains beautiful.

I called her a cab once, twice, and once more, but the line was busy. As we waited, she told me about her four children, and how four became three; about the 15 years she spent in France. Frail, she gripped my elbow, but her fingers were strong. We shared a bag of taralli, our teeth crunching through the silence.

Later in the week I was invited to the home of my expat neighbor Rose, a therapist with terrible allergies (she can only wear cotton and silk). She moved to Italy in her 40s without knowing a word of the language. I admire her book collection and her fearlessness. On Skype, we watched her twin baby granddaughters brightly bouncing around and cooing Nonna!

Recently, when the city was hit with a bus strike, I had no choice but to take a cab home. My tassista immediately noticed my accent and launched into his version of Roman dialect for beginners. I parroted ‘nnamo! and che sta’ fa’!

At the end of the ride he pulled out a heavy packet from the dashboard, photos taken 40 years ago that showed him standing beside his first cab. In them, he’s handsome, his muscles glinting in the sun, his teeth white. “You are 71 now,” I wanted to tell the old images, “but you’re happy and dance the tango on the weekend. You have three sons.” When the photos were taken I’m sure he wasn’t imagining that an unborn 23-year old American woman would eventually be staring at his strapping self.

I’ll find my place in Rome. The stark newness of it all will eventually wear off. But in the meantime I savor these brief and varied encounters. I breathe their air and let the stories settle into my lungs. I am thankful for the company they provide. This, I think, is the beauty of Rome.

Later, my bus passes and Mirella insists I go on ahead. No cab has come. It’s not safe for me to walk home alone this late, she insists. Before I can contradict her, she commands: Vai! — and in that voice I hear the mother of the children she’s raised.

When I board the bus and turn to wave, I see that she has already begun looking away, her eyes squinting into the darkness. She doesn’t see me. Later, the only evidence of our meeting is an open bag of taralli.