Another day, another tab 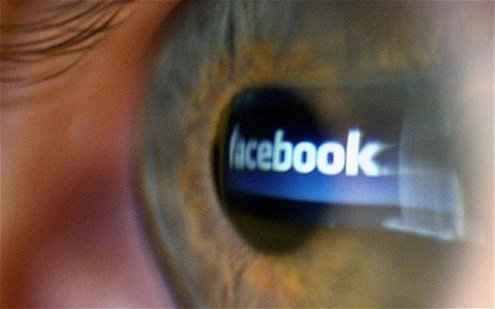 Who else? Nicole. She's turning 21. I can't wait to see the insane pictures of her birthday party.
T

his is really annoying. Why hasn’t Jen messaged me back? I know she’s seen it. I can see from the chat that she saw the message at 10:08. Plus she’s online. She has the little green dot next to her name. I just need to know if she can make it. It’s “yes” or “no,” just write back. I hate when people do this.

Whatever. I’ll just stay on Facebook until she answers.

Oh, it’s Leah’s birthday. She’s really annoying. Just cause you write for the fashion magazine doesn’t mean you actually are fashionable. In fact, all your articles are so boring. That’s why Fran quit the magazine.

Who else? Nicole. She’s turning 21. I can’t wait to see the insane pictures of her birthday party. I don’t think she ever said one word to me in high school. Also her boyfriend is so much shorter than she is.

Oh Emily! She looks so wonderful in these photos. She must be the only person in the world who can get a nose ring and look really sweet. She is such a wonderful person. I should write to her. Her photos are always so perfect. But not in the blogger-wannabe way, like Liz. I mean does Liz really think I won’t notice that the doorframe is wonky where she pinched the photo in to make her arm look skinnier? I don’t really have time to look through all of Emily’s photos right now but I’ll like the album in the meantime.

Jen still hasn’t answered. It’s so frustrating. Let’s see what else has happened on FB today… “25 Celebrities with Shockingly Botched Plastic Surgery Jobs.” Hmm… I’ll open that in another tab. While I wait for Jen to answer. I bet Faye Dunaway is in it. She looks like the Grinch nowadays. She used to be so beautiful. I might have already seen this article actually.

Nothing, nothing, nothing. Drew with some lax bros. Jenna posted another photo of her birthright trip to Israel. Lydia once again trying to look like a J. Crew model throwing leaves in the air, as if this photo isn’t the 50th in a row she took. And does she really think we don’t know that she planned this and wasn’t casually throwing leaves in the air when someone with a professional level camera happened to walk by?

Oh boy. Did my old math teacher really just post that selfie? Isn’t she like, 50? No really, I’m pretty sure she’s 50. Doesn’t she have better things to do, like taking care of her children, or grading tests? Facebook has empowered adults in the wrong way. They think that just cause they’re on Facebook they’re young. It’s the opposite actually. Facebook is now an old person thing almost.

Yup Faye Dunaway is in the list. And so is Melanie Griffith! Oh wow. There were suicide bombs in Jakarta. Of course Sabrina would take the opportunity to make that story about her. The event did not affect you Sabrina! Express your condolences and then let it be! Don’t make it about you and how sad you are for the world! You are just cheapening a tragic experience for someone else! And her next post is about how you should date a theater girl, which, oh my gosh, Sabrina is! How narcissistic can you get?

Jen finally answered. She can make it. I guess I’ll just finish scrolling. That is such a cute video of a baby elephant trying to climb out of a mud pit. I’ll send it to my mother.

What’s this? Oh yeah, the little girls singing at the Trump conference. So creepy. I can’t believe he’s running. And that he’s actually got some support. I mean, I believe it, but it makes me sad. I wonder what Kim Kardashian is up to? Haven’t checked her Instagram in a while.