Andrew Carnegie and I 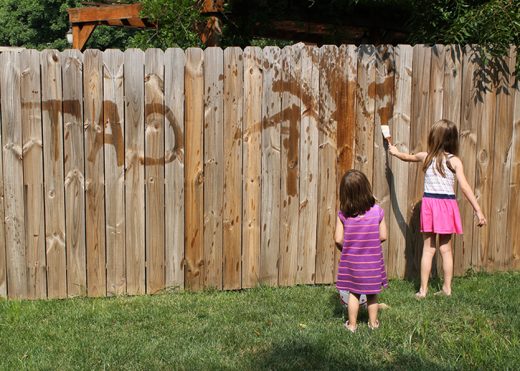 Who leads, who follows? Who takes the initiative, and why?
A

few days ago, as I was leaving a Whole Foods in Los Angeles, a girl my age, 20s, after reciting an elaborate story, asked me if I could order her a car to pick her up. She didn’t have the funds and it would only cost me $3. As I listened, I considered all the reasons I shouldn’t do it, including possible scams and some loopholes in her story.

In the end, I concluded it really was just $3, and I couldn’t spot any obvious way she might swindle me. So I ordered her a car.

When I told my roommates the story, I proudly said that if I had found myself in that position, I would have walked to my destination (it was only a mile and a half away, six in the evening, and a warm day). If I didn’t want to walk I would have returned an item I’d just bought from Whole Foods and used that money to call the car. Saying this, I was — at the time — pleased with my resourcefulness.

But looking back, I realized that what I was really saying was something else, as in, “I would do anything but ask a stranger for something.”

I’m not sure why, but just the act of asking (in this case for money) seems to me the ultimate imposition.

At the same time, my encounter with the young woman made me realize that by refusing to consider asking for help as a potential approach to solving a problem, I was ignoring a critical set of survival skills. Which is why, I decided to investigate why I so dislike asking for things.

Let me be clear: I have no problem with asking questions as part of protocol (“Could the sauce come on the side?”), but I do not like asking for something.

In the Bible, Matthew says, “Ask and it shall be given to you.” I don’t mean to be rude to an esteemed biblical figure, but that’s bold, even from Matthew.

Did I not like it because my parents taught me I must earn money to get the things I want?

In the Bible, Matthew says, “Ask and it shall be given to you.” I don’t mean to be rude, but that’s bold, even from Matthew. And not just because he’s assuming someone will, in fact, just hand over what he wants. Matthew’s approach disturbs me because, since I was small, I was taught (back to my parents) that if you want something, you have to work for it. When I wanted to buy fun pens in middle school, I wasn’t handed a crisp bill (other parents seemed to have a supply of them for their kids). I was told instead that I’d earn 50 euro cents a day by feeding the birds, cleaning their cage, and doing other little household chores, which I did. After a month, I had $13, which I’d promptly spend on pens. As I gazed at my purchases laid out on my desk, I understood capitalism for the first time. My work produced my fortune. Andrew Carnegie and I were one in that moment. Maybe that’s why I don’t like Matthew’s words, because he suggested that I could have obtained the same result simply by asking (which deity rewards you with pens isn’t clear).

There’s another possible explanation for my aversion to asking. Maybe it’s that I’m a people-pleaser.

Andrew Carnegie: Anyone for a bit of hard work?

Let me explain. Some humans wish they were dogs. They could nap all day and be petted for a living. If I were a dog I’d wish my owner would train me so I could then show off how quickly I’d learned to sit on command. That’s the kind of satisfaction I like giving people. But there’s a problem: my earnest desire to make other people’s life also means being as un-intrusive as possible. And that, for me, includes not making requests. For example, I don’t like asking for a little break after hours of lifting boxes or for my rightful lunch break because I want to solidify my position as the best helper ever. But does this mean that my employers now not only expect me to be able to sustain that pace forever, but that I’ve also trained myself to think of asking for things as a failure or a personal display of weakness?

There’s yet another part of me that says I don’t like asking for things because I fear rejection.

This one is pretty basic. Who likes to be told, “No,” right? No one. Except that the word doesn’t frighten me. When I ask for things and I imagine a negative reply, the following reply plays out in my head: “Why you little weasel! How dare you ask! You are an awful little creature and if He were listening, God would smite you for your arrogance! This is an affront, to be clear. I’m not simply denying your request, I want you to understand that your demand will forever cloud my opinion of you.” Basically, I expect the reply a harsh Charles Dickens schoolmistress would mete out to an orphan.

So, summing it up, why don’t I like asking for things? Being a woman no doubt also has something to do with it. And my fiercely independent side, in which asking for anything couldn’t be further from strength. I may never know my motives, but I do know three things.

First, no matter what, I need to learn to ask. Second, the young woman asked me and got her ride. Third, I’m glad I helped her.