And the sun also rises 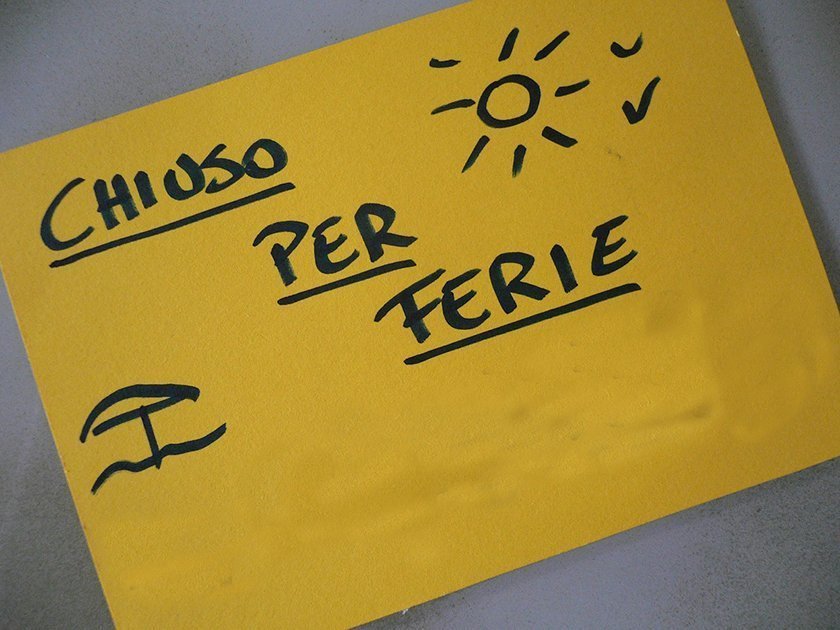 August downtime, short or long, remains sacrosanct in Rome.
I

n June I made an appointment with my barber Franco whose shop is about a 15-minute walk from my home. The passage of the plague months had made me come to look like a disheveled gray cross between Albert Einstein and John Lennon.

Franco himself had been holed up at home with his wife and son, prudently following all the rules this brave sick world has barked out to overwhelmed societies that in their confusion know not to object. Italians love shortcuts but also like being told what to do, all the more when they’re told their health is in peril. Rome’s biggest debt to the Mussolini era was the fortifying of embankments along the Tiber where malaria mosquitoes once nested by the millions. Flooding and dank heat swelled their numbers. Rome was malaria ridden into the 1920s, with hefty side helpings of typhoid and syphilis. Doctors attended to clergy and nobility only. No one counted the dead.

At the shop, a masked Franco greeted me with open arms, though from a distance — a first. Nor did we brush cheeks in affection, a 30-year tradition.

We spoke little about the pandemic, perhaps because I dislike the word. It sounds like a drill one might use to dislodge the tops of old coffins (“I’ll need a rotary pandemic for this one”). Global epidemic seems that much clearer and less like a backhanded reference to now-defunct Pan American, which admittedly once flew carefree around the world.

Franco greeted me with open arms, albeit behind a mask, and those open arms never did touch me.

Scissors in hand, the first thing Franco told me was bisogna reagire, roughly “we gotta react,” or maybe “we have to get back on track.” After choosing to kneecap its economy in defense of the realm, Italy has coined a variety of comeback slogans to motivate its citizens to rescue its virally slashed aging population. It succeeded, but only by stopping public life in its tracks for three months. Relief came just before summer, but the emboldened government has said it reserves the right to shut down again if need be. Some warn of a “second wave,” as if referring (in the spirit of Dino Buzzati) to unseen but still ominous warriors on the Tartar steppes.

But things could have been worse, far worse. If you believe in social welfare that pays no heed to debt, Italy is crisis paradise. The EU also chipped pity (not petty) cash, so no one’s jumping out windows or doing much public grousing. Italians are proud of themselves for being the first European nation to lock down, a measure that came at the suggestion of the virus-tested Chinese and jolted the whole of the developed world.

Despite more than a 100 days of inactivity, Franco was in form, surging around me energetically, along with the usually placid Peruvian manicure lady who told me how much she’d enjoyed her time parked at home with her children. To steal from bountiful American jargon, all appeared hunky dory, or close. Soon enough, the upbeat banter made me ponder the implausible: withering summer heat notwithstanding, could oft-mocked Rome actually help polish Europe’s tarnished, post-plague buttons? A hard sell, since in the half-century I’ve known it intimately Rome has rarely shown hard-charging inclinations. Then again, if Donald Trump is really president of the United States, anything is possible, even Rome changing its stripes.

Franco trimmed my hair with typical aplomb, though the missing salutations dulled the experience. Still, I was smitten by the idea of the great Italian revival. After all, soccer had restarted and finished its suspended 2020-21 season (though in stadiums so vastly empty players sensed a near-spectral vacancy). Bunches of European tourists had begun returning to town, or so I was told. Here was a chance to see a remarkable city in a semi-naked pose.

If only crowds and their mingling, no matter how annoying, weren’t at the core of what gives tourism its purpose and meaning. Absent the chaotic pleasantries of welcome, tourism can feel vaguely intrusive.

Yet the effort was there. Restaurants had reopened with awkwardly rearranged tables, coffee bars too, proprietors mindful that “bad” spacing and mask-avoidance could mean steep fines.

But could this limping-but-alive version of Rome stand the test of August, usually a somnolent month in which temperatures soar and residents, if they can, flee to hills or the seaside.

Crowds and their mingling, no matter how annoying, are at the core of what gives tourism purpose and meaning.

My daydreaming lasted until I called Franco for another appointment, this time for a quick fix buzz-cut to protect against the daytime sizzle.

Nice as ever, Mr. Reaction recommended I check back in late August. They were closing as usual for their summer break. “There’s no one around. You know how it is.” I do.

Nor did it matter that they’d been closed for three months. In August, relaunching (and similar enthusiasm) was void. Rome remains Rome, attached eternally to primal rhythms nothing can change.

I scampered to the tobacco store and my local pharmacy, where I was told I was just in time: they were closing the next day.

A Rome friend called me from her seaside home asking after me. She’d arrived there in late July and planned to stay until mid-September. Why not? There’s no word on when schools will reopen, never mind universities. There’s no talk of a return to “normal.” Italians will as always work around the obstacles, just not in August,

Problems may arise in the fall, when the country’s state of emergency ends and welfare relief tapers off.

So far, this has been a strange and disruptive year. In Rome, however, it may be best to defer to the biblical narrator of Ecclesiastes, who advised man against heralding the new and the unprecedented. No such novelty was forthcoming. Better, he advised, to swear by the rising and setting of the sun. And Rome does just that.