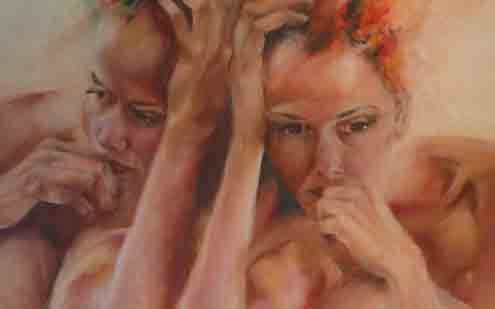 Waiting for a lover to leave his wife is to stoop for table scraps.
Q

• Q: I’ve been seeing a married man in recent months. We were friends years ago and reconnected on Facebook. After that, it just sort of escalated. We have great sex but we also have a real emotional connection. He’s been in a sexless, loveless marriage with a woman for more than 18 years. But he’s also a responsible man and doesn’t want to leave the marriage right now, as it would crush his wife.

He and I get along so well and have such an amazing relationship that I honestly don’t understand why he puts up with the stuff he puts up with in his marriage. I know he wants to give me exactly the kind of relationship I desire but can’t do it at the moment. Any advice while I wait?

• A: Let me guess how he describes what he bravely and selflessly endures. His wife is a nut-job, right? Or she’s so entirely focused on herself that she ignores him, the kids, the house, and so on. She’s sexually frigid. She’s let her looks go. She has daddy issues. Or (my personal favorite) she doesn’t know how to function without him, which puts extreme pressure on your prince of a man.

Excuse my sarcasm but I’ve heard decades worth of variations on these excuses from women just like you. It’s never the man. It’s always the crazy wife or live-in girlfriend. According to a lover, those bitchy women are invariably the broken ones. He’s just good man trying to help and do the right thing. He’s the victim.

If you’re feeling bad about yourself, take heart. I have good news for you. You are actually saving that woman’s marriage.

Yes, you read that right. You, my mistress, are the glue that will hold his marriage together. Thanks to you, he has 100 percent of his needs met. You? You might get 40 percent, and that’s on a good week.

How’s it work? You listen to his whining, you rub his back, you give him sex when he needs more that what he gets at home (and yes, generally speaking, men are getting sex at home). Once satiated, he can leave your love shack and go back to his wife, his kids, and all the things he’s worked hard for, only now in a better and more loving mood. Maybe they have a family game night, happy, laughing, playing.

Not that you’ll ever be privy to any of that. You’ll only hear the horrible stuff, the stuff that keeps you feeling sorry for him. He doesn’t want you to know the good things he has. If he acknowledged the better side, he might actually have to work on his marriage like a big boy. Or worse, get a divorce and find someone who can fill all his needs. That person isn’t likely to be you.

My advice to not to stoop to table scraps. Don’t wait for him.

Unless, that is, you can be a good mistress (and yes, they do exist), which means moving on and licking your wounds when the time comes, and they’ll be plenty of wounds.

The advantage of not waiting is that you’ll eventually feel a little stronger and come to value yourself more. Sitting on the sidelines waiting your life away is a surefire way of killing self-respect. Don’t let it happen.