Hitler was then, not now 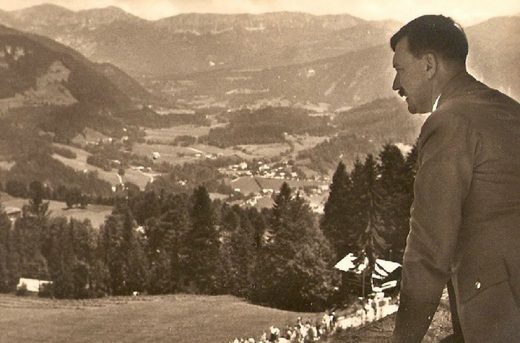 Adolf Hitler was most at home in his countryside villa in Berchtesgaden, and most locals welcomed his presence.
G

odwin’s law, also known as “Godwin’s rule of Hitler analogies,” has this to say about the Nazi dictator’s role in public conversation:

“As an online discussion grows longer, the probability of a comparison involving Nazis or Hitler approaches 1.”

This principle, formulated by American lawyer and author Mike Godwin in 1990, has gained widespread application only now, as people see apparent similarities between today’s America and Germany of the 1920s and 1930s.

Some see aspects of Hitler in Donald Trump’s larger-than-life personality, the ferocious zeal of his supporters, and visible neo-Nazis. They see similarities in the rapid social, economic, and cultural changes that have divided urban and rural populations, as well as the widening gulf between those nostalgic for old ways and those thirsting for new ones. 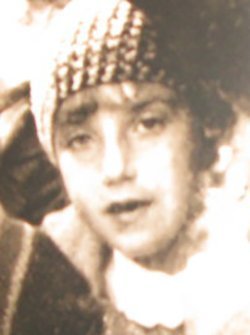 There are of course immense differences between the worlds of Weimar Germany and today. Any attempt to accurately evaluate the similarities between then and now (real or imagined) demands a nuanced view of Hitler and Germany that goes beyond the events of World War II and the Holocaust.

I know the period well. I’ve read dozens of biographies, autobiographies, and novels covering the period. I’ve seen just as many films and documentaries. For various reasons, the interwar years, as well as the onset of World War II and the death camps have occupied my personal and scholarly attention for some time.

In considering how Germany moved from the Weimar 1920s to the endgame of 1945, two books have been particularly helpful, Irmgard Hunt’s 2005 “On Hitler’s Mountain” and “Tapping Hitler’s Generals: Transcripts of Secret Conversations, 1942-45,” a compilation of conversations by Nazi prisoners in England edited by German scholar Sonke Neitzel and published in 2007.

Hunt grew up in Berchtesgaden, a largely unremarkable German mountain village. Her life changed when Hitler used the earnings from his autobiography, “Mein Kampf,” to transform his Berchtesgaden cottage into a villa. As Hunt and her family watched, high ranking Nazi officials expropriated land owned by local villagers to use for themselves. Motorcades took visiting Neville Chamberlain and Benito Mussolini to Hitler’s villa. Hundreds of SS troops arrived, changing the peaceful valley into the epicenter of Nazi power.

The record of Nazism’s rise hinges on newsreel footage and the accounts of foreign correspondents stationed in Germany at the time. These reports make it easy to wonder how Germans fell for Nazism. It seems incredible. Hitler’s speeches were rhetorically overblown and Nazi propaganda both kitschy and ham-handed.

But Hunt shows just how they did.

Hunt’s mother felt deeply grateful when, for the first time in decades, she had butter for Christmas cookies.

Hunt’s mother felt deeply grateful when, for the first time in decades, she had butter for Christmas cookies. Political chaos and economic calamity probably created more Nazis than the Nuremberg rallies. Sometimes the Nazi power-play was more direct. The wife of Nazi propaganda chief Joseph Goebbels gave luxurious French dolls as Christmas presents to Berchtesgaden girls whose fathers — like Hunt’s — were killed in Hitler’s war.

Hunt, in grade school at the time, noticed local living standards improving. But she also noticed the sudden disappearance of a neighbor’s handicapped child who was later said to have “died of a cold” in a far-away institution. Hunt learned to assess Nazi sympathies by how people referred to Hitler. Did neighbors respectfully call him “our leader” or flippantly talk about “Adolf”? Hunt’s parents were proud when Hitler specifically praised Hunt, who was a member of Hitler Youth. But her grandfather shook his cane and turned away in rage.

Everyone in Hunt’s world made daily compromises to keep jobs, go to school, take part in sports or relax away from Gestapo eyes.

The second book, compiled by German scholar Neitzel, shows another side of Nazi Germany.

In 2001 Neitzel discovered that British intelligence — and German refugee translators — had listened in on the conversations of captured soldiers and Nazi officers. The officers were held in a British country mansion, which was specifically chosen to play on the snobbism of high-ranking officers. In this gilded prison, the military elite was watched over by the fictitious “Lord Aberfeldy”, who was really a British intelligence officer. The German officers were provided with news sources forbidden in Germany. They took field trips and dined at fancy London restaurants. Churchill was furious when he learned about the ploy. He changed his mind when he saw how effectively the flattery loosened pretentious German tongues.

On walks, in front of the fireplace, or in shared bedrooms, the officers spoke of experimental weapons and their participation in Eastern front pogroms. Once made comfortable, their secrets slipped out.

The transcripts revealed Nazi motivations, which included Prussian ideals of military duty, ideological preferences, and the simple desire to get ahead.

If Hunt’s community played along with Hitler in order to survive, these officers joined in to pursue power and prestige.

The transcripts revealed Nazi motivations, which included Prussian ideals of military duty, ideological preferences, and the simple desire to get ahead.

When the BBC broadcast news of Germany’s 1943 Stalingrad defeat and the 1944 Normandy invasion, the officers were forced to face uncomfortable truths. Some reacted cynically, making post-war career plans. Others succumbed to catatonic depression. Eventually the illustrious prisoners turned on each other, divided along ideological — and class — lines.

The myriad details in Hunt and Neitzel’s books lay bare the risk of today’s oversimplifying tendency — summarized by Godwin’s law — to reduce the entire Nazi enterprise to the war and the Final Solution.

As if Germans faced a sweeping choice between siding with the grand or the discrete.

In reality, Germans mostly maneuvered around situations woven deeply into daily life. Seeing the Nazi moral universe as entirely a matter of choosing between good and evil makes it easy, now, to second-guess choices and swear by resistance. “I would never have sent the Jews to camps or committed war crimes.”

Nazi leaders came up with detestable ideas. But it was ordinary people’s daily choices that made the horrors come true. Hunt and Neitzel remind us that under Nazism, German citizens behaved as they already were: ambitious, obsequious, kind or sadistic. Resisting a corrupt or evil leader is only part of the struggle. The bigger one — and the important one — is an internal struggle to examine and temper desires and motivations.

America today is hardly Nazi Germany and Trump is not Hitler. To keep it this way, it is ourselves we must resist.