A most awful circle 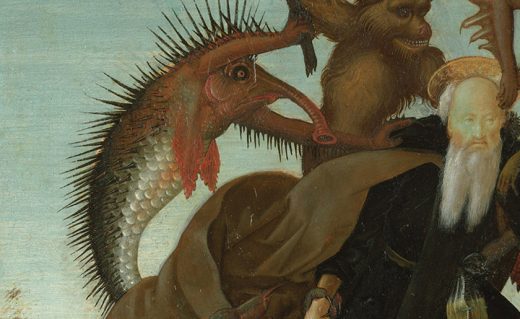 hen troubles come, Shakespeare wrote in “Hamlet,” they come not as single spies but in battalions. Some human beings are so battered by bad experiences and destructive relationships that they begin to wonder what they did to deserve them. Many explain away all this woe by deciding that they are fundamentally defective. It doesn’t help that modern diagnostics have a ready-made name for them, “self-defeating personalities.” It follows that all that such persons need to do to change is to stop working against themselves. And if they don’t, well, what are we to think but that they wish to suffer?

But can it possibly be so simple?

I’m not convinced anyone wants to suffer. Suffering is a form of negation. It is the antithesis of wanting something. And those defined as self-defeating suffer badly.

Many think they endure the pain as the price they must pay to satisfy a greater need. Establishing the genesis of such feelings requires turning back the clock.

In politics and history, some events can only be explained by researching events that occurred in the most distant past. The stories of individuals can require the same kind of digging. A child is after all born to parents who were themselves once children. Before them came their parents, who were once infants as well, and so on through the generations. What happened to my grandmother would have affected my mother and what happened to her will have affected me.

So-called intergenerational trauma, which attempts to cover these connections, is a new area of psychological study. Researchers are only now beginning to probe the experiences of survivors of the Holocaust. They’re also examining survivors of all kinds of abuse and trauma, including genocide and atrocities committed within families themselves.

Those with so-called “self-defeating personalities” memorized abuse to survive it and now it’s all they know.

So many seemingly distant events leave traces that are handed down to a child through its immediate caretakers. Such traces may remain on the fringes but they never vanish.

Some families can be quietly cruel, with abuse taking an overt but invisible form that while seen is not spoken of. No one takes action against it.

Some parents beat or even rape their children. Others manipulate, neglect or ignore them entirely. Certain forms of neglect and abuse are apparent, others more secretive, leaving no visible signs of violence. Some abuse can be carried out in full view of others but not seen for what it is.

A child from such a family begins life without the emotional supplies needed to endure the long haul. Self-esteem, trust, and emotional self-awareness are missing. These children suffer tangible injuries to their body or subtle injuries to their spirit that will cause them to limp and bleed through life. For the wounded, every step will be a source of pain.

How does it affect them?

First, they’re unable to understand the difference between what’s normal and what’s not. Though their families were certainly not normal, how, decades later, do these children determine what “normal” is?

Those described as “self-defeating,” plagued by one bad and abusive relationship after another, are similarly oblivious to the nasty climate they encounter around them. The situation they’re in, whatever its shortcomings, may even be seen as better than the one they grew up with, which is their only standard of measure. It may be extremely difficult to readjust this standard.

If you grow up with abuse as a baseline, recognizing it later is harder. Anyone with a less disturbed approach may seem perfect, including those oblivious to the suffering of others or people with a cruel streak. ‘Normal’ has no meaning.

Some may say to themselves, “No, that’s wrong!” and grow angry, but the rage will be overpowered an awareness, formed early, that rebellion only brings more pain or rejection, an unbearable thought. So the self muffles and banishes the voice of protest.

I’ve seen many people with some degree of this phenomenon, and it looks for all the world like their doing it to themselves.

They memorized abuse to survive it and now it’s all they know. Choice was not an option. These people — friends and patients — have lived with outright and abject cruelty so long that they continually find bad relationships. Thus, the cruelty is continued through their lives, adding to their difficulty in perceiving it as abnormal. They convince themselves that the blame is theirs and theirs alone.

Worst of all, even those who care most about them blame them for their suffering, squaring an awful circle.