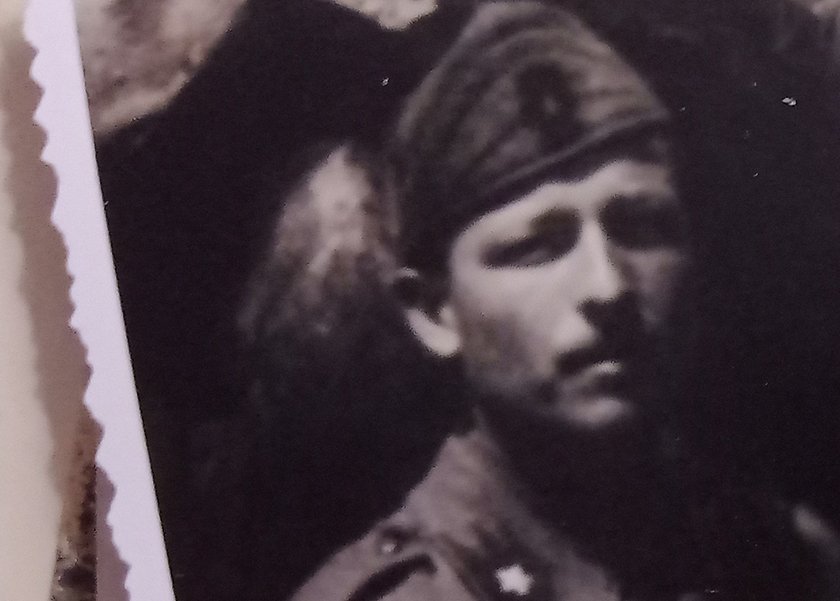 ne late spring day in 1940, a day on which the southern Italian sun was already pounding down, Rocco came out from the tollhouse opposite the church of Our Lady of Sorrows his hometown of Alezio, deep in Salento, in Italy’s boot.

It was year XVIII of the Fascist Era, in which dictator Benito Mussolini had pompously rearranged the march of time to suit the start of his regime in 1922.

Rocco had been hired by the local tax office several months before. This was a time when children — not long after elementary school, and sometimes even before — would be called on to help their parents in the fields or would become apprentices in one of the village’s workshops. Rocco had been lucky, and stubborn enough, to continue studying well past the elementary grades.

His father Giorgio, a quarryman of stern character, had pressed his son into duty at the local tuff mine for a few weeks, but Rocco had become ill. As a result, his mother, Consiglia (which in Italian means “advice” or “counsel”), forbade her husband from ever again talking about quarry work.

A few months later, with unemployment ravaging Italy, Giorgio migrated to Argentina where he could continue working. During her husband’s years of absence, Consiglia, despite her meagre income as a seamstress, had Rocco enrolled at a vocational school in nearby Gallipoli. The school had recently been renamed “XXI Aprile,” to commemorate the day of Rome’s ancient foundation in 753 BC. It was there that the boy learned accounting and how to use a typewriter, both much sought-after office skills in the private and public sector. By then, Rocco had become a lean and somewhat tall young man with greenish-azure eyes and light brown hair, full lips, and a prominent nose. In addition to these qualities, he possessed a natural grace — supplemented by the finely tailored garments his mother made for him.

On that sunny spring day in 1940, he was getting on his bike to go back home for lunch when his friend Gino emerged from a coffee bar and approached him. 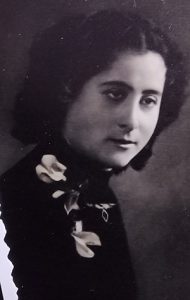 “Rocco, would you come with me to Sannicola tonight?” Sannicola was a nearby hamlet. He all but blurted this out, not even bothering with a hello. Shorter than Rocco, with black eyes, dark hair parted in the middle and perennially lathered with pomade, and a black moustache to decorate his upper lip, Gino seemed strangely agitated. Beniamino Gigli’s song “Non ti scordar di me”  (Never Forget Me) streamed out of a window overlooking the piazza where the two men stood.

“To do what?” Rocco asked his friend.

“There’s a girl. I want to know her. She’s stunning. I saw her last Sunday crossing the main square. She was going back home after Mass. Her house is just there, right on the square, at the corner with the street leading to the railway station. Her name is Alba.”

Gino thought for a moment, “I don’t know. Maybe. However, I asked a friend of her sister’s to help me to meet her. Her parents and her brothers are stern custodians. They never let her go anywhere alone. He spoke to her and told me that she will be at the window tonight. We might go walking along the street. So at least she will see me. Come, on, I hate walking up and down the street alone. I already did it two nights ago and even last night, but haven’t been able to catch a glimpse of her.”

After hearing out his friend, Rocco explained he had something else in mind for the evening, a movie.

“The cinema!” roared Gino. “You can see the same film tomorrow night.”

Rocco surrendered. “All right. What time should we meet?

“Around seven o’clock,” said Gino. “We can ride there on our bikes.”

And so, the plan was hatched.

They met on the outskirts of the village, on the dirt road to the hamlet of Sannicola, less than two miles away. They arrived 15 minutes later, leaning their bikes against one of the trees that grew along the perimeter of the village’s large square. It was the customary gathering-place for local Fascist Youth who would go through the gymnastics exercises the regime held so dear, especially on the day in which stalwart Achille Starace came to visit. Starace, the Secretary of the Fascist Party, one of the gerarchi, upper echelon figures who helped shape Fascist social culture, was a native of Sannicola and he owned a villa just outside the village. He swore by physical fitness and passionately embraced the idea of outdoor exercise. Little did he know that he and his regime had but a few years to live, before being swept away by the world war that had already begun to engulf Europe.

While crossing the square, the young men saw three girls leaning out of a ground floor window. They were clearly sisters.

In the middle was Alba. To her left was a slender young woman with an elongated face and long black hair gathered up in a bun. She looked as if she was whispering something in Alba’s ear. On Alba’s right was the elder sister, also dark-haired. This girl bore a grim expression and kept her eyes fixed on Gino.

The moment had come. Rocco and Gino paraded before the window but continued their stroll as if they were paying no attention. Then, Rocco turned his head and his eyes met Alba’s for a moment.

And in that moment Rocco saw a fine oval face, high cheekbones, and full lips. Her hair, tied at the back, was long and black and wavy. Her eyes were almond shaped and intense.

All this observation occurred in a fraction of an instant, until he turned forward again to walk on.

“Well,” Rocco swiftly answered, “all three of them fixed us with their eyes. But didn’t you look at her?”

Soon, the men turned around and retraced their route, and again the sisters eyed them carefully. This time Gino looked at them directly and smiled faintly. None of the girls smiled back.

Still, Rocco had the impression, he didn’t know quite why, that Alba’s eyes were squarely on him.

Back at the square, they turned to look at the girls one last time, but they were gone and the window shut.

“The Mass has ended,” Gino lamented in jest.

However, just as they were wondering what to do next, the girls’ front door opened and the elder sister emerged and walked toward the back.

They did, approaching her slowly. 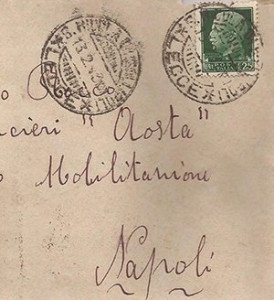 Love letters in an era when pen and ink was the only choice.

“The same to you,” she replied.

An embarrassed silence followed as Gino summoned his courage.

Finally, he announced, “You certainly know that I intend to court your sister Alba. I have been walking for days under your window, hoping to see her, and be seen by her.”

To which the sister dryly replied, “Well, tonight you saw her, and she saw you.”

“And …”  Gino was clearly filled with trepidation.

“My sister thanks you for your attention and your kindness, but she said that she does not feel like accepting your courtship. I am sorry.”

“I am sorry, too,” said Gino, his disappointment visible.

“Is there really no hope?”

“I know my sister. She won’t change her mind.” Then, looking at Rocco, the elder sister added, “She said that maybe she’d consider the fair-headed one …”

The darkness of the street cloaked Rocco’s sudden blush.

Alba’s parents, both farmers and landowners, strongly resisted Rocco’s courtship. They very openly forbade Alba from meeting him. In a time when owning land was still a major asset for any young man seeking a wife, Rocco, though a civil servant, had no such assets to boast. Still the two in-bloom lovers managed furtive encounters, thanks above all to one of Alba’s aunts. She couldn’t understand why Alba’s parents were objecting to what she called “this fine man.” Rocco impressed her. He had a good job and seemed, in his bearing, like the fruit of royalty.

On June 10, 1940, appearing on the balcony of Palazzo Venezia in Rome, Mussolini announced Italy’s entry into World War II. Soon after, Rocco was a conscript. Over the course of the long war years, he and Alba exchanged passionate love letters. Rocco would address his letters to one of Alba’s cousins, who also supported their relationship. When Rocco received short leaves, which was rare, the two would manage precious short meetings.

With Rocco away, Alba’s brothers tried to convince her to marry someone else, to no avail. They even tried to persuade her to wed a cousin, not at all uncommon a century ago. Stubborn as she was, Alba told them she’d rather choose spinsterhood.

In 1946, Rocco was finally demobilized, he returned home, and managed to get back his previous job. But Alba’s family, with the exception of one sister, remained adamant in refusing Rocco, the man she loved.

One night, Rocco hired a cart and the two lovers eloped under the moonlight. At the time, eloping was a fairly common way of overcoming family opposition. They were married a few months later. None of Alba’s relatives attended the modest wedding ceremony.

How is it that I can tell you this story? Sixty years later, I would find a bunch of love letters neatly tied together with a threadbare pink silk ribbon.