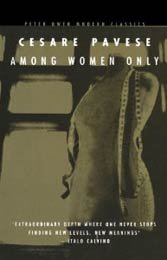 By Cesare Pavese, translated from the Italian by D.D. Paige

o those still laboring under the illusion that Federico Fellini’s 1959 “La Dolce Vita” portrayed Italy’s “sweet life,” or that such a life ever existed, read Pavese’s cooly savage portrayal of postwar Turin and its dead-end hedonists, for whom existence is a disease and suicide an affirmation.

Thirty-four-year-old designer Clelia returns home to Turin to open a branch of her Rome patron’s dress shop. Once there, she slips into a crowd of bored party women, including cynic Momina and her friend Rosetta, who has already botched one overdose. Though Clelia is older and more circumspect — she’s the only one who has ever worked — she’s half-seduced by the aimless party scene — “days of wine and wet sawdust.”

Clelia, whose instincts led her out of Turin “to become somebody,” is sucked in by Momina and Rosetta, who transmit hopelessness as a fashionable affectation. For the sexually casual Momina, “the world is beautiful. If only we weren’t in it.” For vulnerable Rosetta, contaminated by her friend’s ennui, men “befoul the bed, the work they do, the words they use…”

Pavese’s Clelia is smart and tough, a poster child for postwar existentialism. Turin’s “vain inflated nobodies” flirt, take lovers, snort cocaine, and vacation in the mountains, but fail to rouse themselves. Momina tells Clelia she’s often seized “by an utter and complete disgust with living, with everything and everyone, with time itself which goes so fast and yet never seems to pass.”

Pavese’s vulnerability to superficiality was born out by his own suicide in August 1950, not long after a failed affair with a vain American starlet and only months after this book was published. If this was his parting shot, it’s a prescient one.