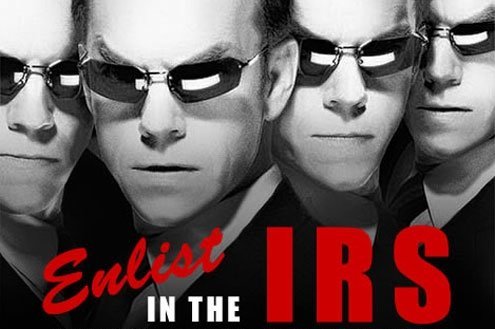 The IRS is ramping up efforts to find undisclosed foreign accounts,
S

pring means tax time, which is routine enough. For some, however, a deeper financial reflection might be in order. The U.S. Internal Revenue Service has recently ramped up efforts to track down those with undisclosed foreign accounts, with high penalties for U.S. citizens and legal residents who fail to voluntarily report before they are identified.

Her reaction was sprinkled with equal parts amazement and gratitude. She then began considering charity and security. She opened an account in the same Swiss bank under her own name and decided to leave the cash there until she could decide how best to use it.

While she vaguely knew the gift should be reported to U.S. tax authorities and Italian authorities made aware of the existence of the account, so both nations knew about her offshore funds, she assumed she’d do so in the next tax year. Years passed and she never withdrew funds, nor did she report her ownership of them. The non-taxed account grew in value.

Italy requires its tax residents to annually declare income earned worldwide as well as their interest in foreign assets regardless of their citizenship. The U.S. requires citizens and legal residents to annually report worldwide income and interest in foreign banks and financial accounts when the aggregate value of all accounts exceeded $10,000 at any time during the tax year. The U.S. also requires the reporting of gifts or bequests from foreign sources that exceed $100,000. Penalties for failure to report are high in both tax systems and compound over the years.

In 2009, our American woman heard about an Italian “scudo fiscale,” a kind of fiscal amnesty that would allow her to declare her Swiss account, pay five percent on the value of the capital, and begin declaring annual income from the account. She saw this as relatively easy way to enter the Italian tax system and she took advantage of it.

But getting back into the U.S. tax mainstream, she soon discovered, was another matter entirely.

In 2009 and again this year, the IRS has put considerable effort into its Offshore Voluntary Disclosure Initiative (OVDI), an effort to give wayward taxpayers a chance to come in from the cold and declare undisclosed income from offshore accounts or entities.

But since American voters tend to see tax amnesty programs as unfairly rewarding tax evaders, the IRS “return” programs are more severe than Italy’s. The penalties are higher and there’s a threat of criminal prosecution if intent to evade can be proven.

Under the 2011 OVDI program, U.S. citizens and legal residents who failed to report their assets are required to file returns or amended returns for the period 2003-2010 to bring their tax accounts current. But a taxpayer must be first accepted into the OVDI program, a process that requires sending an application with pertinent personal information to the Criminal Investigation Division of the IRS for pre-clearance.

Once cleared and the process begun, the value of all the taxpayer’s accounts are aggregated for each year, and the penalty, except in certain cases, is calculated at 25 percent of the highest year’s aggregate value during the eight-year period (2003-2010), plus all back taxes plus interest and penalties. The entire process, including the payment of all amounts due, must be completed by Aug. 31, 2011.

If no application is made, things can get dicey, with penalties running as high as 50 percent. The IRS withdrew legal action against Swiss bank UBS last November after the bank agreed to reveal the identity of select U.S. clients with Swiss accounts. The list of UBS clients and advisors since convicted of defrauding the IRS through schemes involving Liechtenstein foundations, British Virgin Island shell companies and similar frauds is impressive. IRS Commissioner Doug Shulman told the Wall Street Journal last fall that the final tally of UBS account holders revealed by the Swiss government or volunteered by taxpayers themselves would likely top 7,500. Some these folks have learned the hard way (through high penalties and in some cases jail terms) that the IRS is not bluffing.

The case of our American woman fortunately doesn’t fit that category. Her intent to evade was minimal and the acquisition of interest was not of her own doing. She would reap the benefits of an exception: the penalty would be calculated at five percent, not 25. But OVDI exceptions are few.

The IRS efforts are not unique among industrialized nations. Growing debt burdens have made the search for tax evaders a priority. Advances in technology and an increasing willingness among nations to share tax information is making the search that much more effective.

The extent of the squeeze is apparent from the IRS’s upcoming Foreign Account Tax Compliance Act. It will require all foreign financial institutions to enter into discloser compliance agreements with the U.S. Treasury beginning Dec. 31, 2012. The legislative intent is to eliminate any gap in the U.S. government’s ability to determine ownership of U.S. assets in foreign accounts.

Individual situations vary among those making a living overseas. But spring cleaning shouldn’t be confined to house and home. Ensuring your financial and fiscal houses are in order also makes perfect sense, particularly now.