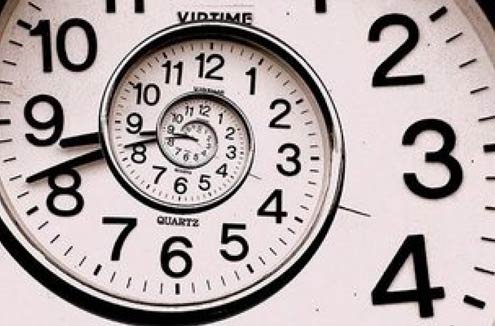 No cure for the void.
T

he words of poet Eugenio Montale popped up on Italian high school finals this year. Students were asked to analyze a sliver of his 1961 essay entitled “Ammazzare il tempo” (“Killing Time”). Minimalist Montale made a vocation of breaking down life into its simplest parts. His X-Ray poems reveal a natural geography made less from hearty bone than withering cartilage.

His time-killing essay came at a highpoint of nuclear mania, when an already war-weary world was morosely infatuated with the idea of an annihilating World War III. The no-exit anxiety of the 1950s and early 1960s helped usher in existentialism and hallucinogenic drugs. Gloom permeated reflections on mankind’s future. Mortality’s privacy, already shattered by the Holocaust, was made even more collective.

To which Montale contributed a poet’s agitprop. It didn’t matter, he said, if the world blew itself up, because a new world would rise up in its place, “not much different than the one in which we exist today.” Humanity’s conservative pillars, the wish to remember, preserve and prolong, were ultimately futile. “As soon as nothing any longer existed to conserve, progress would move much faster.”

But while imagining nuclear killing was “easy,” another kind of killing was not, and that was killing time. Time was the real plague on the human house. Though new and sophisticated machines might allow men and women to work less, perhaps even shortening their workweek, the newness contained the ingredients of its own woe.

Wouldn’t more free time mean more time to contemplate time’s “hated” passage? For Montale, television (then relatively new in Italy) was a mere distraction, “a way to escape the dangerous monster, of getting away,” a machine invented to hold time at bay. But it wasn’t enough. Man had to slay time, or pretend to, which is what work represented. “Killing time isn’t possible without filling it with occupations that fill the void.”

Nuclear age essays combed over human purpose because the world seemed suddenly perishable. What was it that human beings were striving so militantly to save, aside from themselves? What was life, and work, aside from a busybody insurgency affected as a counterweight to absurdity? Killing time anesthetized a void that left to its own devices could potentially paralyze humankind’s cooked up purpose. Work yielded drama and drama made humans more purposeful and less inclined to depression.

Montale’s pre-postmodern approach came decades before the dawn of social networking and interconnecting devices that have since added a thick new layer to all time-killing. They’re the latest distraction from Montale’s void.

Why do we work at all? Partly to establish a personal and collective purpose, replied Montale, but also to create a network of human commotion whose sentimental values, mundane or heroic, could be made lofty and thus qualify for conservation, making humanity eligible for saving in its own eyes.

And saving was the issue of the day. Existentialism, after all, was weaned on nuclear nipples. Some of its advocates mocked faith and afterlife in an effort to ruffle a spiritual comforter they believed diminished human responsibility, however brief its duration.

Montale tugged at the same blanket. He rued the growth of coercively “useless needs” that helped keep man busy “even when he thinks he’s free.” Man was little more than a beaver among logs, foraging and dam-building to then start over, a species like a set of teeth. Action, or time killing, was mortality’s only “cure.”

Maybe yielding to nuclear war (to then begin anew) was the only way to veer away from the tyranny of the human why, or to navigate toward a new why. Montale had more questions than answers.

I interviewed him in his Milan apartment in 1976 soon after he’d won the Nobel Prize for Literature. A steam-powered man parked gruffly on an old couch, he lived his 80s rambunctiously, refusing to assign transcendent nobility to human purpose. He preferred seashells.

Social life, he wrote in the 1961 essay, served only “to tranquilize the vague apprehension that the existence of the void represents in all of us.” The only counterpoint to the encroaching void was a life lived vocationally, with human nooks and crannies kept as busy possible, even to the point of overload, as is the case today.

What about dying? I asked. Was he afraid? Did he think about the future of the planet? “Everything’s in a big cauldron,” he replied without replying. “Who knows what’s in it? It could be some amazing potion. Or maybe some monstrous frog!”

But nothing the void couldn’t handle.