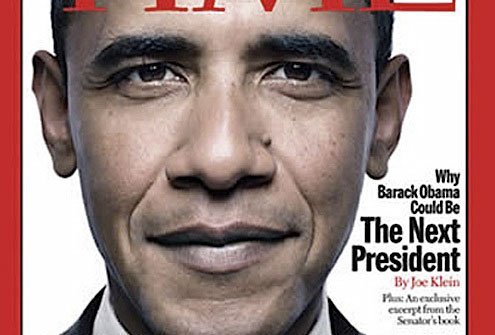 Obama’s victory made it clear “that America is ready to reconcile with the world," wrote Zucconi.
I

taly has long tuned in to the United States for political clues. Call it system envy. Even Italians who barely understand the workings of America’s political clock (caucuses and the Electoral College remain a mystery) still want to tell time by it. What Americans think and how they behave matters to Italians because events in the United States can serve as counterpoints to home-front breakdowns. The United States supplies the heroes and bullies necessary to sustain Italy’s institutional self-deprecation. America is what Italy isn’t. Pop a quarter into the American dream and the contemporary gets sharp, prurient colors. The fable mesmerizes Italians the way Tuscan landscapes enthrall New Yorkers.

But George W. Bush’s parochialism vexed the worship mechanism. His dogmatism made him indistinguishable from the politicians Italians love to loathe. Italians of all stripes gradually began asking how such a suspiciously ungifted man came to run the White House. Conspiracy theories based on the 2000 election pervaded the answers. Bush’s boorishness ruined the American matinee.

Now comes 2008 and the start of the presidential primary season. The vicissitudes of the nominating process aside, Italians are showing renewed interest in what amounts to international politics’ greatest show. Democrat Barack Obama’s convincing victory in the Iowa caucuses not only boosted this curiosity but provided a sneak preview of the hyperbole to come.

Vittorio Zucconi, La Repubblica’s “Americanist” and Bush-bashing veteran, got passionate on cue. Obama’s victory, he wrote, made it clear “that America is ready to reconcile with the world, and the world with it, through a man who is what Bush couldn’t be: a son of the world.”

For one day in Iowa, he added, “300,000 common citizens said what the citizens of many other states, and many other nations, want to shout along with them — that in an authentic democracy no one has the eternal right to drop a hat on power’s armchair and declared the seat ‘occupied.’”

But the shouting (Americans apparently “say” what “other nations” shout) and the presence of a hat and an armchair are hardly about Iowa. Italian politicians, not American ones, eternally “occupy” political “armchairs” (literally poltrone), a point Zucconi and others harp on in their domestic rants.

Election-year America as interpreted by Italian media often serves at the behest of local catharsis. Trends and intrigues are borrowed to nourish the near-mysticism of political overhaul. Little-known politicians are transformed into safari park beasts. Mike Huckabee, for Zucconi, is “the southern evangelist preacher with the impossible name…”

Just as the arcane foreignness of papal transitions mesmerizes outsiders, so American political zoology captivates Italians. The one man, one vote concept, the animus of the American process, is alien here. Parliamentary governance, created to rein in demagogues, is a now prisoner of its turreted entitlements. Bashing the system while remaining within its protective cocoon is a hobby of sorts.

Former Prime Minister Silvio Berlusconi applied his American reverence differently. He reckoned that deferring to supreme power (an invitation to Crawford, Texas was precious) reinforced his own. The approach was more Machiavellian than hip, but possibly more heartfelt.

American affectations, pro and con, have scrolls to their credit. Consider Soviet Communist Party chief Yuri Andropov, the former KGB chief who succeeded Leonid Brezhnev in 1982. Despite Andropov’s intelligence agency pedigree he was painted as a maverick. Why? He liked American jazz.

Mortality also plays a pivotal role in Italy’s view of American political theater. Since the imagined United States operates in a Clint Eastwood framework, an urban Western sprawl where the availability of weapons engender the seeds of murder, assassination (like the death penalty) is a topic that won’t die. John F. Kennedy, Bobby Kennedy, and Martin Luther King are timelessly incorporated into Italian dietrismo, the notion that beneath the common good lurks threats from unnamed institutional forces always at the ready.

“I like this young African-American,” a reader wrote to Rome’s Il Messaggero newspaper after Obama’s Iowa victory. “Consider me a fan. I just hope for him, for the U.S.A., and for us, that he isn’t ‘sidelined,’ and by that I mean physically…” The reader, Giovanna, worried about “perverse designs” managed by “dark” forces attempting to force the world into “anti-enlightenment.”

And so it begins.