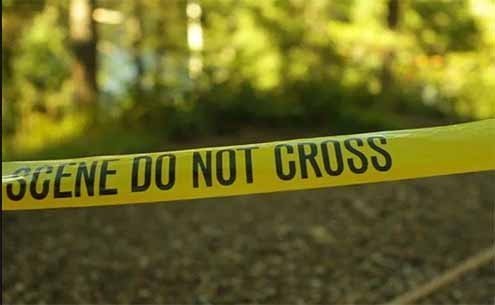 When crime tape ends memories of a friendship once and for all.
T

here are times that remind you of the preciousness of life. It’s a realization that can radiate through the smile of a newborn child or the creased face of a centenarian. But nothing strikes harder than death, in particular that of someone you knew, someone whose history was once delicately wrapped within your own.

Such a moment came for me yesterday.

Margaret was my best friend in third grade. On the first day of class she sat against the wall, her hair in two golden braids. She was a new girl at our school, quiet and measured. She wore a checkered pinafore, her hair the same shade of amber as mine. We quickly became inseparable best friends.

As luck would have it, Margaret lived in the next neighborhood from mine. It was too far to walk but not far at all if I rode my banana-seat bike. My mother watched as I crossed the busy street in front of our house and pedaled my seven-year-old legs to Wenrick Drive. Unlike my house, Margaret’s was on a quiet street in a recent development cut from surrounding farmland. Beside her house ran a small stream. It was there that we spent school afternoons jumping across the creek banks and hunting crawdads. In winter we donned boots and set out for adventures in knee-deep snowdrifts. A ruler in hand, we’d declare with conviction “the deepest snow ever!”

The idyllic friendship ended when I transferred to the local Catholic school. The regularity of our friendship was interrupted and each of us soon made new classroom friends. She joined the track team and I played volleyball. We attended different high schools as our paths pushed us into separate directions. In college, I grew more liberal. Not Margaret. Bible study and conservative Christianity came to anchor her identity. I no longer recognized the girl with the golden braids. By the time I moved to the West Coast, I remained in touch only with her mother.

From afar, I followed Margaret’s life through the details in her mother’s birthday and Christmas cards. She married and had four sons, homeschooling them all. Theirs was a farm family that hosted square dances. Her sons became bluegrass musicians who toured Amish country fairs and played at church picnics. I’d receive email newsletters with tour dates and news of the growing family. Her eldest son married and grandchildren soon followed. They were the epitome of American wholesomeness.

Yesterday’s news slammed headlong into that storyline, disrupting it forever. Margaret was shot and killed by one of her sons in their home. Her youngest son was also killed. When the police arrived, the son who had done the shooting turned the rifle on himself. The suicidal son fell, but did not die.

And so it is that the tragedy continues to unfold, questions and no answers coming out of a small Ohio town where corn grows high and the rows are straight. The pale farmhouse where the family’s seam was gashed is now laced in yellow crime scene tape. The streams on the property run with the tears of the father who arrived home to an unearthly silence and an unspeakable scene.

In my Brooklyn apartment, the air is still. Pieces of my early years play out in my mind and repeat themselves. An unbelievable act has occurred and another thread in the fabric of my life is gone. There is sadness and loss of meaning.

Along with the simple reminder that life is precious.