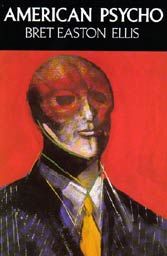 This hideously cruel novel is also wickedly lucid. What Ellis accomplishes is rare in late 20th century literature: an amoral and calculated look at a monster who is unaware of but defined by his own monstrosity. While most New York authors of the late 1980s plumbed crooked riches and drug abuse, flirting with hedonistic parody (the trend peaked with Michael Douglas as Gordon Gekko in “Wall Street” — “Greed is good,” says the smirking Gekko) — “American Psycho” is a first-person excursion into the banality of psychopathic extermination.

Paul Bateman, a young, wealthy, and contemptuous Wall Streeter, begins by blinding and stabbing an annoying homeless man. He feels nothing in particular but finds the act interesting and worth pursuing. He kills the way one might shop for a tie, with attention to detail. Each gross act, impersonal or explicitly sexual, is reconstructed as a metronome might tick.

The point is to chronicle a self-indulgent dimension that doesn’t include guilt or gratuitousness, is outside pity, restraint, and redemption. “I simply am not there,” says Bateman, a perverse JFK who doesn’t ask “why?” but goes through with “why not?” Ellis was pilloried for creating Batemen. Norman Mailer, in his defense, noted that only brave writers tackle such tasks. He’s right. This is a beyond-Droogies social satire that anesthetizes shock itself.