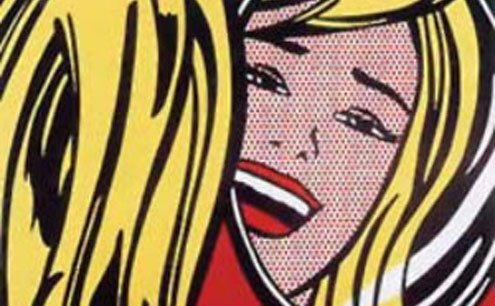 hen Lena’s bags were almost packed, and her apartment was nearly empty, her friends threw her a going-away bash as she prepared to bid good-bye to New York, en route to a new life in her old hometown of Munich.

She dressed in a tighter-than-usual bronze dress with purple piping, and piled on a menagerie of accessories that wouldn’t fit into her suitcase. She still had one week left, and that night she was surrounded by those she loved most. She was glowing and looked more beautiful than many of us remembered.

When the party wound down and the crowds started to thin, there was finally space to dance. Lena caught the eye of a man she recognized. His name was Kyle. She’d met him with a group of friends the past summer. He was over six feet tall with American blue eyes and a boyish blond haircut. There’d been the promise of something. His palm grazed her bare back as they stood at the bar, and again, this time at the base of her spine, when they walked back to the table to join everyone. They separated and she slid into the booth between two girlfriends, and he pulled up a chair at the other end of the table and clinked beer bottles with the guys.

Every so often they’d exchange a glance, yet his eyes never settled on her. His glance would dissolve after a few seconds, and so Lena finished her own beer, drank another three, and had not thought about him again.

She hadn’t seen him again either, not until he showed up to wish her well on the (almost) eve of her departure. This time he held her gaze, and pulled her close on the dance floor. They had both had a lot to drink and their hands moved shamelessly to places no one else could see in the dark.

The next morning Lena awoke to the morning sun streaming in the bedroom window of his Jersey City apartment. She saw a room cluttered with the ordinariness of living — so unlike her of her own room in these last days — a newspaper fallen from the coffee table, a pile of receipts on the dresser, a half-empty beer bottle by the bedside.

And Kyle sprawled out beside her, who stirred just enough to pull her back down next to him and hold her for a few more hours of sleep.

The second time she awoke it was to the slow stroke of his hand along her inner thigh. She kept her eyes shut and let him awaken her further. They tangled in the sheets well into the afternoon hours, and when the autumn light was beginning to thin, they went out for brunch.

By the time Lena reached her apartment it was dark, and she changed quickly to meet friends for dinner at their favorite neighborhood place, where over Languedoc red and mustard crusted salmon, they planned the long weekend ahead, and gushed over Lena’s encounter with the big, blond boy.

When they joked about “her last taste of America,” beneath her grin Lena felt the pangs of sadness that she’d been so diligent about avoiding. Sure, it had been fun, and a great stress relief, but the feel of his arms around her had been such a comfort, the warmth of which had stuck with her throughout the day. And although she hardly knew him, and was certain she would never see him again a part of her craved him desperately still.

As the date of her departure neared, she moved into her friend’s apartment. Over coffee one morning she mentioned that she’d like to see him again. But was it possible? Perhaps they’d indulged their physical and emotions because both of them knew she was leaving, which left no room for potential complications later on. Could it feel the same way again? And how to approach him?

Together they drafted an email. It had to be light and preferably humorous, with no expectations but a very clear intent. They decided on a travel theme, given the situation.

As I prepare to cast my mattress to the curb and kiss America goodbye, I’d love to spend my last Saturday exploring the hidden spots and natural wildlife of the Jersey area. Can you recommend a bed and breakfast in Jersey City? Basic amenities: leather couches (he had them). Contact lens solution. (She’d forgotten hers at his place)

She pressed send and sighed. Three days passed with no response from him. Just when she was ready to add him to the list of unfeeling men with no appreciation for clever sensuality, he responded. He knew a place…

Lena’s last Saturday was spent dancing with friends and exploring her own hidden spots with the all-American boy from Jersey City. Life is, after all, about coming and going.