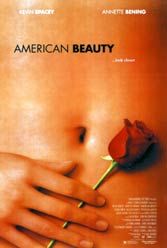 Eventually, Lester goes down. Stripped of its highbrow pretenses the film is a cautionary tale about suburban life. All such tales risk caricature. Mendes is so sincere that Spacey and Benning lose contact with humanity. What’s left is exquisite technique built around pretty pictures.