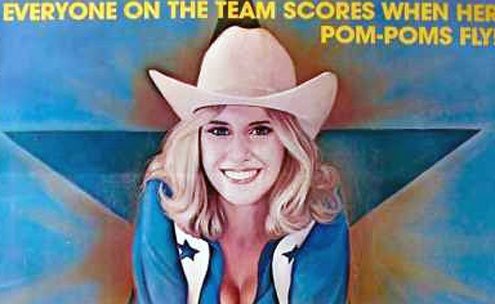 Unlike my career in the adult film industry, my career as a mother has been flourishing since I added baby boy number two to the brood. I know two does not constitute a brood but I like alliteration. This multiple mother thing is like having a full-time gig x 20. It isn’t easy.

With my first son, laundry was the biggest shift. When this new guy arrived, I noticed that in addition my usual slave duties, I also had to act as a bodyguard: My mission, to protect “numero two” from “numero one.”

I was constantly trying to make sure the new guy was safe and secure. So I gave myself a new Mommy name: Amber Alert. (Dear Tom Ridge, can I use this without getting in trouble? I mean, you aren’t using it anymore and I don’t think your successor would care much. It’s cool, right? Twitter me your reply when you’re done your book tour.)

As Amber Alert I am lightening-quick. My sense of incoming panic is intuitive; I lack any kind of personal hygiene; I am sleep-deprived to the point of delusion. Not a pretty picture. I know this all must come as a surprise since Amber Alert sounds way sexy and porn-tastic. But it’s true.

Actually, Freckles Montague sounds more like an appropriate Mommy pseudo-name. Freckles conjures up images of baking in an apron with a string of pearls, or a pretty blonde shaking up a dirty martini for her “Honey, I’m home” husband, or a room mother who makes organic nut free snacks for the whole classroom. Freckles would be friends with the January Jones character on “Mad Men.” Amber is friends with a recovering junkie and desperately wants to attend a yoga class this year.

Disclaimer: I am not mentally ill. I think.

Anyway, Amber, that would be me, recently came up with a great idea. Get help — and not of the psychiatric kind. “Who could I get to help out around here?” I wondered aloud. I thought about the kind of person I needed: Someone who sees security as of the utmost importance, for whom discipline is paramount, and whose schedule is wide open.

I placed an ad on Craig’s List (but not in the section for sexual deviants because that would be very bad. Amber is a wreck but she remains a half-decent mother/human being) and, behold, I received a reply.

Later in the week a man in his early 70s arrived. A Manny-man nanny. He was a grandfatherly type. Rounded face, graying, balding. He had no nannying experience, but security was very much his thing.

I began the interview.

“Call me Dick.” I wasn’t quite comfortable with this but said okay.

“Let’s say Oedipus climbs on a book shelf, finds my keys, selects the correct key, unlocks the door, presses the button to open the external gate and escapes the premises. What do you do?” I asked, knowing my first born’s capabilities.

“Imprisonment,” he replies. Harsh for a toddler, but on we trudge.

“Boy number one is running towards his new brother (boy number two) with a smile that teeters upon evil, how would you intervene?”

“You mean before he’s actually done any harm or committed any crime?” the “manny” asks me.

“I would declare an all-out war on this menacing toddler and put a stop to him before he inflicts harm on the baby.”

“Hmm. Impressive in a scary way,” I say, knowing at the very least my newborn would be safe.

“Final scenario,” I continue. “Oedipus doesn’t want to listen and leaves your side in a public place. How would you handle this?”

While Mr. Cheney did in fact need a new day job, I couldn’t take on help that would order torturous punishment no matter my level of desperation.

If nothing else, the daydream made me realize that I needed to get it together. I took a shower, ate a spoonful of all-natural peanut butter to amp up my energy, and returned to high-security post.