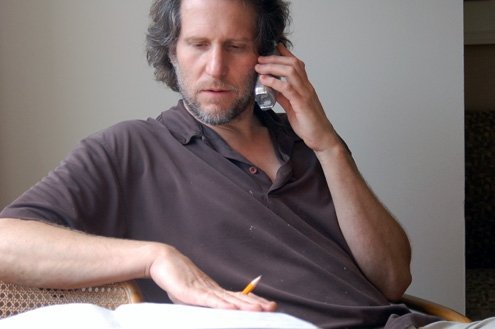 ashington, D.C. restaurant owner Peter Pastan is not Italian. Not one bit. That doesn’t stop him from bemoaning what he sees as the progressive decline of Rome restaurants since he first visited the city 30 years ago. Those that remain open from 1979 “are a really mediocre shadow of their former selves,” he says. Standards have dropped.

Pastan’s vocation is an American homage to Italy. He owns and operates two Washington restaurants, Obelisk, an upscale trattoria near Dupont Circle in the city-center, and 2 Amys, a Neapolitan pizzeria in affluent Glover Park, a residential neighborhood. Both are highly respected — Frommer’s calls Obelisk “the most consistently excellent restaurant in the city”; each has its own niche in city dining.

Tradition is the watchword at both places. Pastan resists trends. He keeps both American fads and the latest culinary technology at arm’s length. While some outlets mass produce pasta with nifty machinery or purchase De Cecco exports, Pastan insists on old-fashioned methods. At Obelisk, which he opened in 1987, Pastan uses the chitarra, a guitarlike framed instrument that cuts dough with wire strings, and the torchio, a hand-cranked pasta press. Both run solely on manpower. When possible, Pasta ensures meals are made by hand following simple, unembellished recipes.

At 2 Amys, which is entering its ninth year, he had his pizza’s authenticity approved by the Italian government, earning DOC registry based on compliance with guidelines set by the Associazione Verace Pizza Napoletana (Neapolitan pizza was awarded denominazione origine controllata, or DOC, status in 1998). All DOC pizza is made with soft grain flour, fresh yeast, water and sea salt for the dough and Italian plum tomatoes, mozzarella di bufala, extra virgin olive oil, fresh basil, and dried oregano for toppings. Pastan’s pizza is more than pizza, it’s a folkway — a custom that an entire culture, in this case Neapolitan culture, can rally behind as its own.

This from a man who hasn’t lived in Italy for any length of time and doesn’t even speak Italian. (For the record, he was born in New Haven, Connecticut, though he grew up in Washington.)

Why then all the fuss over authenticity? Why strive so ardently to preserve a cuisine if it’s not part of your own heritage? Why make Italian food if you’re not Italian? Vinnie Rotondaro met Pastan in a nook of his crowded pizzeria to talk about how food and culture intersect.

When did you first visit Italy?

October 1979, when I was 21 years old. I went to Europe with my girlfriend for three months. She’d lived in Florence the previous year so we ended up spending about a month in Italy.

Was that what first sparked your interest in Italian food?

Yeah, it sparked a clicking sensation I guess. [Spanish dictator Francisco] Franco had died [in 1975], a few years before we were in Spain and you couldn’t take the train from Spain to anywhere else because the railroad gauge was a different size. So we spent a day and a half on the train in Spain and at about three in the morning we had to change trains in Portbou to get on a French train. The French were fairly difficult about where you’re supposed to go and what train compartment you were supposed to be in. They weren’t very helpful at all. So we slept through most of France. And then when we hit the border of Italy the train crew changed again, the French crew got off and the Italian crew got on. You could just sort of feel everybody start breathing easier. It was like a collective “Thank God.”

So at first it was the really the culture, not the food?

I think initially it was just the culture, just the attitude about things.

What do you remember eating?

We went out for lunch to a place in Trastevere. We had no idea what to order and there was a huge party going on in the other room. So the wait staff just brought us everything they were serving at the party. The place basically took care of us. They were very nurturing in that regard.

Yes. I mean, if you go to Italy and ask for a recommendation for a bottle of wine in a restaurant they would never think of recommending anything that costs more than a buck. They’d think you would have to be a moron to spend anything more than that. That definitely resonated with me at the time.

With 2 Amys, what prompted the decision to make DOC pizza?

I had another pizza place before and we did the whole wood-burning thing, but I wasn’t totally satisfied with the way the pizza was. It wasn’t really Neapolitan. So for me it was a challenge.

It took a while to get there but I liked finding out how to do it the traditional way while doing it my way at the same time. And it was fun as a trade organization, more than anything else. The intention was to promote Neapolitan pizza more than to be the pizza police. It was fun.

Do people assume that you’re Italian?

Yes. And then they ask where I’m from and we go through the whole thing. They tend to find it very confusing, like “Why would you want to do this if you’re not Italian?” I don’t know, though. I think not being Italian definitely brings a different perspective, even if I’m trying to keep the food traditional.

But why do you want to cook Italian food traditionally?

For a bunch of different reasons. One is… well… Things have changed enormously since 1979. It’s much harder to find Italian food in Italy. It much harder to find Italians working in restaurants than it was then. There are a bunch of restaurants that I went to [in Rome] that are closed now. Or if they’re still open they’re a really mediocre shadow of their former selves. This is happening all over the country.

I think people live very differently now. It’s a lot of work to make traditional food. It’s easy to take short cuts and do things half-assed. Italians also love machines and technology — farming equipment, wine equipment, the newest telephone, or whatever. I’m not crazy about all that. We make things by hand. That’s the fun part of cooking. Otherwise it doesn’t taste the same and it doesn’t feel the same. It doesn’t look the same.

I think that it’s really important to try preserve as much of that as possible. I talk to wine people all the time, and every wine producer comes to Washington and says “Oh, we make really traditional wines,” and blah, blah, blah, but when they start talking about how they actually make the wine there’s nothing traditional about it at all. And you’re looking and you’re like, “Well what part of tradition are you talking about here?”

Does culture, or family, play a role in your understanding of food?

Sure. Every family has their own food history, or culture, whether it’s part of you actual heritage or adopted heritage. My great, great grandmother was a great cook. She made everything by hand. She made pickles and sour kraut; she made strudel. She was a terrific baker. I inherited a lot from her, I think.

What did you learn in Italy?

When traveling around Italy everyone was very open to showing you what they do. My wife and I spent some time working in Piedmont in 1982 at this nice family restaurant called Giorgio’s where they made all the typical Piedmont dishes. Anywhere you went on your day off, everybody knew who you were. They’d say, “Oh, you’re the ‘Americani‘” or “Oh, you work at Giorgio’s,” and then they’d take you back into their kitchen and show you what they were doing. People were always very generous and very open.

Did the Italians think it was strange that, as an American, you took such an interest in their traditional food?

No, not really. One of the first things Giorgio, the guy who owned the restaurant, said to us was “We’re not really Italian, actually, we used to be part of Languedoc (southeast France) and all of our names are French. We speak Piedmontese, which has more in common with the French language than with Italian.” So I was like, “All right.”

Is there anything holding you back from playing too much with the cuisine?

I guess just myself. As I said it’s much harder to find Italian food in Italy than it used to be. There are all sorts of weird influences. There seems to be this ridiculous French inferiority complex. Part of it may be European unification, maybe. But it’s more pronounced in Italy. I mean, in Burgundy they’d never be punching up the Pinot Noir with a little bit of cabernet.

How do you define Italian food?

I think it’s no different than food from anywhere else. Italian food is food that’s typical to the area and the traditions of the area, just simple things that are made in a traditional way based on what grows locally. I guess there are certain vague unifying characteristics. In the terms of the way the meal progresses, it doesn’t really matter where you are, you start with some “vegetablely” things followed by some cured meats, then a pasta thing and a main course. The ceremony of the meal is going to stay the same.

So is Italian food less authentic if a non-Italian makes it?

No. I don’t think so. In Japan they don’t think that women can make sushi because their hands are smaller than a mans. I don’t think it makes any difference really. Maybe I bring a different perspective and a certain lack of authenticity. It’s not as if I grew up with three generations of Italians cooking me supper every night. Sometimes I feel like I’m missing out on something because I didn’t get that experience. But I don’t think that it’s an inferior product.

What do Italians say when they eat at one of your restaurants?

About the Author: Vinnie Rotondaro