All the time in the world 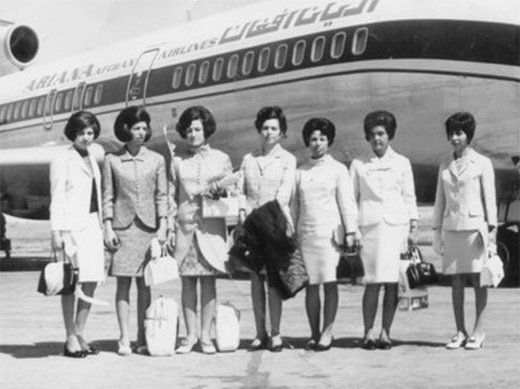 Despite political chaos, Kabul thrived in between 1950 and 1970s.
O

ne day soon the United States will strike a face-saving deal to extricate its troops from Afghanistan. It will be a slow slouch home with little to show for a near-hopeless two-decade investment that began with rugged crowds of exalted special ops but was transformed into video game drone warfare played out in a Dust Bowl.

The antagonists the U.S. will make peace with are the Taliban, the same landlords it evicted 17 years ago, holding them responsible for aiding and abetting Osama bin Laden and his hot-and-sour brand of Jihadi radicalism.

The 2003 U.S. invasion — secured as much through bribes as battlefield successes —briefly displaced the Taliban. But “mission accomplished” headiness papered over the group’s strategic retreat into Pakistan —just as Iraq’s embittered Sunnis fled to Syria and used it as a staging ground. In Pakistan, the bruised Taliban regrouped among sympathizers, with even bin Laden finding a safe haven for a time.

While the U.S. and its Western allies concocted a rudimentary democracy in Kabul, it was and remains wholly unconvincing. Afghanistan is still a warlord’s paradise characterized by insider feuds tied to trafficking in weapons and poppies. The latest Western presence has done little to adjust these priorities.

Afghanistan thrived after a fashion under British rule, a 19th-century cog in Silk Road commerce. But Kabul’s tea and biscuit days ran out in 1919. The British were evicted after several costly wars and the country fashioned into a constitutional monarchy that held its own, albeit dubiously, until World War II once again shuffled the geopolitical deck. In the 1940s, independent Pakistan and Stalinist Russia emerged as key players.

The post-Stalin Soviet Union, unable to prop up Kabul’s lackey leaders and increasingly worried about the growth of Islam to its south, invaded in 1980.

A 1970s Kabul street scene: life before the Soviet invasion

Sure it could tame Afghan resistance, it failed miserably, blundering instead into a military mess that coincided (and seemed to mirror) communism’s abject death throes. The Red Army was humbled, its commanders sorry they’d ever come.

Some countries resemble cellular structures primed to reject even the slightest interference, all the more if justified in terms of some Christian good. Afghanistan has defeated or outlasted empire-builders (the British, and before them Alexander the Great and the Moghuls). It was about to outlast America’s righteous rage — the same America that ironically helped groom its own worst enemy by arming the anti-Soviet bin Laden insurgency.

Culturally, it clings to a war-hardened style of male supremacy that finds comfort in iPhone feudalism and militarized Islam.

The “new” Taliban will gladly deal with the U.S, so long as there’s cash in play and Washington renounces any claim to a land it has now seen for itself cannot be claimed.

To whom Afghanistan belongs, at least from the vantage point of the nation-state West, is anyone’s guess. But the Taliban, in the vein of the North Vietnamese, have shown their diehard side. They were never going to go away, which the U.S. for a time refused to believe.

Winning wars on the soil of those willing to wait you out is a fool’s errand —unless you have a few centuries to spare, and the U.S. has no such patience. In fact, it has spent much of the past decade firing drones while trying to find a feasible way out.

That opening is finally near, or seems near, with the fiasco having fallen from American public view. The 17-year war  has neither bolstered American interests nor made Afghanistan’s future any surer. As in Iraq, it represents a case of nation-building gone awry.

“You have the watches,” a senior Taliban commander told a Western negotiator in 201, “but it is we who have the time.” And they had it from the start.