All my food in vain 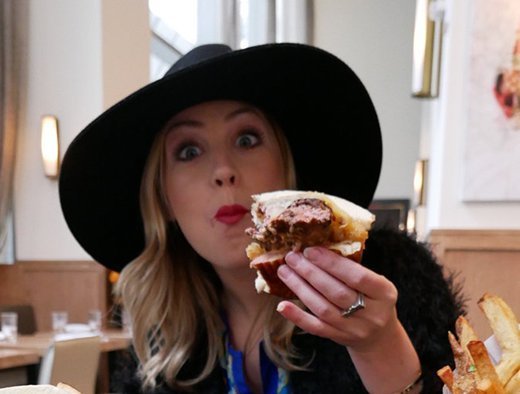 an cooking ruffle a relationship? I didn’t think so, but then again I eat out often, and when I’m at home my husband and I usually order takeout or I make something pretty simple (as in a pasta dish I picked up from my mom as a teen). But apparently, I wasn’t seeing the whole picture.

• Q: Okay, this will sound odd, but I love cooking. Odd because plenty of men, boyfriends and husbands included, do more than just grilling burgers. Well, I’m one of those men.

When I first dated my girlfriend (we now live together) we went out a lot, or ordered in, or were with friends, or just more involved in extracurricular activities.

Now that we’re together and daily life is just that, I park myself in front of the stove at least three times a week and make veggie dishes, salads, piccatas with lemon sauce and Cajun chicken. She seemed to go along at first, though she showed little interest, as in, “Oh, great, you made the veal dish!” Then, she finally asked if we could just limit ourselves to going out or take-out or just salads. I asked her if she didn’t like my cooking but she said it wasn’t that. She did say it made her feel a bit guilty since she doesn’t cook. All of this has really put a damper on our relationship. Do you have any thoughts?

• A: It would help to know how long you’ve been together, but it can’t have been a long time if she’s only now learning that you like cooking. Then there’s that telltale word, “guilt,” and you can’t pretend it wasn’t said.

Take it slowly. Cook once a week; make it a ritual, but keep it to one. Don’t press it. One can lead to more. You might want to add lots of red wine to help facilitate conversation.

A relationship is a lot about balance. In its first phases it can be pretty extreme. But when it settles in, you begin to see yourself through your partner, at least sometimes. That includes being sensitive to what he can do that you can’t, or she can do.

The two of you sound a bit too much like strangers in the same house, in the sense that I would imagine this coming up between two people who know each other really well. If that’s the case, take it slowly. Cook once a week; make it a ritual, but keep it to one. Don’t press it. Once a week can lead to more. You might want to add lots of red wine to help facilitate conversation. Maybe her boss is a master chef and she hates him. Maybe there’s a detail of her past about food that you don’t know about. Maybe she’s feeling inadequate. Maybe she just hates chicken and veal but hasn’t gotten around to telling you.

I once dated a guy I really liked but noticed him wincing a lot at my menu choices. Only a few dates in did he get to the part about being a devoted vegetarian.

Remember: food choices are intimate (minus nachos). Get to the heart of the matter before getting discouraged.