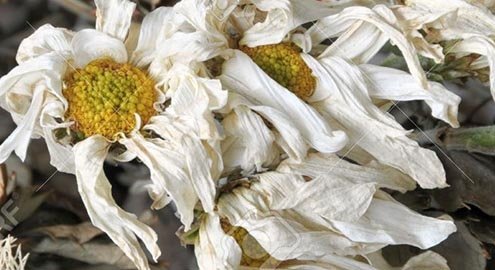 Why bother with a garden if you don't want something to grow?
I

’m not a gardener but I’ve never seen anyone neglect plants that way. I mean, if you decide to put living things on your terrace it’s because you want them to flourish, right? But Andrea couldn’t care less. It was her birthday and she’d invited me over to her Rome apartment in Borgo Sant’Angelo along with some 30 other people.

I’d never seen Rome from that perspective and it seemed somehow completely different. I could have been a stranger. Rome can do that: not quite let you feel at home.

Andrea had a top-floor apartment in an old palazzo that she’d furnished with an eye toward detail. Everything was sparkling clean, had its own special place, and smelled of sandalwood and bitter oranges, the aromas of relaxation and friendship, or so she said. Beiges and browns stood out, a bit like the colors of her daytime desk job. Or her boring wardrobe.

It was all too beige, or too brown, and slightly pushy. The terrace was another story, a muddle of withering pots and plants that seemed to be begging someone to rescue them.

“Last night he sent me a bunch of messages,” Andrea said, shooting me a mischievous look while sipping her mojito. She seemed sure I’d know whom she meant.

“I’m seeing him tomorrow. We’re going out for a drink.” She was clearly pleased with herself.

I felt a little ashamed of doing it, but I went ahead. “Aren’t you worried that it’ll just revert to how it was before?” Before had been an erratic and exhausting relationship. I didn’t want her to think I was judging her.

She just shrugged: “Well, if that happens it’ll just mean that’s the way it was fated to be.”

Italians are obsessed by fate. It’s like the Cupid cult. If a vase lands on your head it was fated to happen. If someone dies tragically it had to end that way. If he dumped you without ever telling you why but then calls you and it still doesn’t work that’s what fate had in mind.

After four non-alcoholic cherry-tasting cocktails I left the party with fate on my mind. Is it really all laid out? Or do we have a choice?

The next morning I met Daniel at our usual bar. “Do you believe in fate?” I asked him out of the blue.

“Sweetheart, I just woke up, haven’t had a drop of coffee, and you’re asking me if I believe in fate? Of course I do! I’m convinced that if I slap you right this minute it’s because it was all written!” Daniel’s that way: gay and gaily true to himself. We burst out laughing.

“Andrea’s apartment is perfect,” I said. “But — damn — those plants! They’re begging to be rescued.”

“Not everyone has a green thumb, sweetie,” replied Daniel.

“I’m not a gardener either,” I objected. “But, I mean, I would have gotten fake plants. Same thing but they cost less. She could have dusted them. Just imagine her dusting, wearing one of her perfectly ironed beige things.”

I looked around as if seeking reassurance. Maybe from the fat guy sitting beside me busy devouring his cornetto.

I turned back to Daniel. “Seriously. Do you believe that what happens to us is part of some holy design?”

“Look,” he said, “if you go shopping for shoes when sales are on chances are you’ll find something your size.”

I looked at him wide-eyed.

“Silly you,” he sighed. “What I’m trying to say is that specific situations have a mathematical probability of specific outcomes. You can’t control everything. I honestly don’t think we control a thing. If you find your size it’s because it was… fated.”

My tolerance for the word was wearing thin.

He sipped his caffè macchiato and looked at me slyly. “Aren’t you proof of what I just said?”

I haven’t told you about me. I’m a lawyer, and notwithstanding law’s harsh realities I still lean toward fairly tales and kisses. A while back I met a man who swept me off my feet over a cup of coffee. It was like I’d stumbled on a kindred spirit. But I read somewhere that kindred spirits don’t always recognize each other, which may have been the saddest thing I ever read aside from “Wuthering Heights.”

Daniel was still there. I sighed, grabbed my purse, and poked a finger at him. “Listen, the next time I invite you out for breakfast do a favor and say ‘no thanks.’ Dealing with you in the morning is a disaster.”

“Well, you could always try me at lunch. I swear I’m better.”

By then I was walking out, laughing.

That night at home I thought some more about Andrea. We all knew her relationship was doomed, even this time around. Was she stoic or stupid?

Maybe our lives aren’t based our daily choices. Maybe.

But that’s not the way I saw it. Andrea’s plants showed you could choose. She bought real ones, put them in paradise and let them die. Her love affair would go under again because she’d chosen it.

Just as I’d absorbed the thrill of having recognized something in the man I met over coffee, something old school. Thinking of him was a constant, untouched and untouchable, present but not pressing. Always. Just knowing he existed under my same sky made me smile.

So, fate and choice aside, and notwithstanding Cupid’s cavorting (and promises), the real question is about gardeners, and whether life offers a perfect one, and if he’s out there.