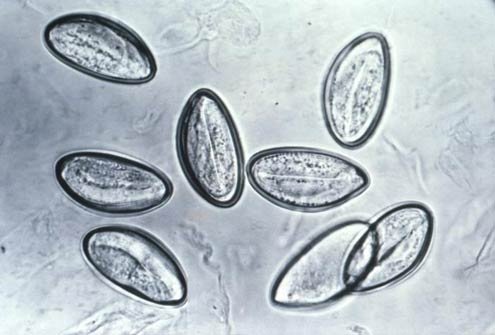 ife is messy. And quite frankly, so am I. But I’m not unsanitary. If I offered you a sandwich you could take it without contracting some strange strain of Italian domestic bacteria.

It’s more like I am spatially disorganized. My indoor multitasking leaves our apartment looking like it’s been ransacked by robbers. But it’s just me. Living. And leaving every cabinet open in my wake.

Backing up. My sons started full time Italian nursery school mid-September, which meant we had to contend with new rules, procedures and practices, many of them foreign to me, and not only for linguistic reasons.

The new and different forms of culture shock I faced with never surprise me. For example:

At school, there’s a sweet janitor-like lady known as a bidella. She’s responsible for child personal hygiene. But the rules changed recently and she’s no longer allowed (by law) to give the kids a bidet (wash their genitalia). So at some point she was allowed to? Where do I start?

Then there’s the matter of food allergies. First, you need a doctor’s note accompanied by a specific bureaucrat’s official stamp. But if that bureaucrat happens to have taken three weeks off because of a death in the family, her stamp is off limits to anyone else on the planet. Never mind that your five-year-old is dining in the school cafeteria at risk of facial rashes or gastro intestinal problems. Fantastic.

School linens (for napping) must be — ewwww — laundered by the whole parental population. If there’s one thing I hate more than doing my kid’s laundry it’s doing other kid’s laundry. Though I volunteered to help out with the Christmas recital, I avoided linen duty like the plague.

Then I saw the note that pidocchi — or as we say in my mother tongue, head lice — had started making school rounds. That was also the day the teacher holding the laundry bag cornered me in a moment of weakness. It was raining, the kids were arguing over umbrellas. I was bogged down with backpacks, art projects and spare shoes. And then my boys bolted. So the crazy, sweaty, strange talking lady — me — just grabbed the laundry bag and starting chasing her children between lightening bolts and thunderclaps.

Once home, I was left with the dreaded feeling that I’d brought back a bag full of cooties. I started itching. And scratching. I remembered a friend whose kid had gotten head lice. It got so bad that after laundering everything in her home, she also had to pay 300 smackers to a “specialist” to comb the nits out of her curly head of hair.

My solution: The bag went to the cleaners.

But fate can have a funny way of turning up and saying, “nanny nanny boo boo!”

The next night came pinworms. My younger son had become infected with what Google sources call a “common infection in small children.” Now his mother was hyperventilating and screaming for his father in the key of F sharp, a voice I reserve for Christina Aguilera impersonations or panic. Suffice to say I was not singing “Lady Marmalade.”

“I think I’m going to need to get a hotel room,” I told my husband Marco. He laughed. I wasn’t kidding. I can handle bleeding heads, broken bones, surgery of any kind, but tiny vermin in my toddler’s intestines went beyond my medical skillset.

After writhing around in psychological pain, I came up with both diagnosis and treatment (all the while keeping distance from my baby boy). “Go to the pharmacy and get this,” I barked at Marco, handing him the scribbled drug name on a torn piece of colored construction paper.

All four of us — my three filthy men and me — had to be treated with a single dose of the medication, to be repeated in 10 days. Over those 10 days, every linen, towel and article of clothing had to be washed daily to avoid any, gulp, egg-hatching. Egg-hatching? (I’m still having trouble even thinking about omelets.)

In trying to avoid head lice we’d been attacked by equally disgusting and labor intensive critters.

“We should have never let our cleaning lady go!” I complained to my sister.

“He didn’t get pinworms in your house!” I was already falling in to a self-punishing, blame-game frenzy.

Though stray cats roam the school’s garden, there was no way of knowing where they came from.

That didn’t stop me from a cleaning binge that made me look like an OCD freak on a bender. I scrubbed and bleached and used toxic products I’m sure are more dangerous than pinworms. A little psychosis goes a long way in the domestic sport of cleaning. And until I purge myself of this trauma, my house will be spotless.