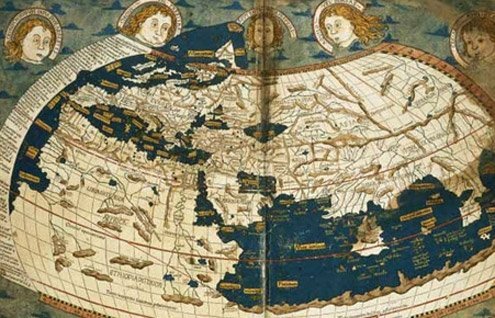 Growing into adulthood is not only about numbers.
&

#8220;When I grow up,” she said, fondling a small wooden bowl in her mother’s dining room, “I’m going to put numbers on the bottoms of all of my souvenirs. Then I’ll have a big map of the world showing where each number came from.”

Though only eight at the time, Alice already had knickknacks from China, Jordan, South Africa, Madagascar, Peru, Australia, and reindeer migrations in the Arctic Circle. She returned the bowl to its place but absentmindedly missed the shelf. The bowl clattered on the tiled floor and she looked at me in silent horror. “That’s why I only play with the non-breakable ones,” she said with a tone that sounded unbelievably like eight-year-old wryness.

“When I grow up,” I said, picking up and replacing the vases and photos, “I think I’ll do the same.”

Alice protested, “But Julianne you are already grown up!”

She was right, up to a point. I was 22 and her live-in au pair. Formally at least, I was the adult in the relationship. I told her that she’d visited more of the world than I had and that she spoke more languages that I did.

“Age doesn’t bring maturity, Alice,” I told her, “and having learned all my math and how to drive a car certainly doesn’t mean that I am ‘grown up.'”

We both liked trampolines. We both liked making forts in her large living room and playing with her bubble hoop in the garden. She’d sometimes give me fashion advice. She was by far the better baker.

I asked her if she wanted a merenda and she nodded her blonde haystacked head eagerly. I thought doling out nutrition might rectify the hierarchy in our relationship.

I boiled two eggs and started peeling carrots while listening to her singing and crashing around, maybe practicing cartwheels. I’d moved to Rome just a month before as the newest au pair in Alice’s life.

My loved ones in the United States hadn’t exactly applauded my first post-collegiate vocational decision.

“But you hate kids!”

“Um, do you think you are the best person for the job?”

My brother just shook his head, “Poor girl,” he said, referring to Alice.

I had never been a willing or successful babysitter. I’d never daydreamed of children of my own. While babies and toddlers flocked to my brother, mutually sensed fear or frigidity that kept them from me. I found children exhausting and even as I child I remember needing to escape their company to the silence of some fort I’d created in a tree, deep closet, or floor-length window dressing.

So why had I taken this job? Was it to challenge myself, or to learn to love children? To learn the patience and empathy that my mom so often reminded me that I lacked? Did I feel that I had something to give a child, wisdom to impart or love to share?

No, my choice had been equal parts caprice, determination, and fate.

The head of my college Italian department put the job listing on my desk and I filled out the paperwork without thinking out the position. My world was in Chicago where I was finishing my degree, and a post-college Roman world seemed fanciful. I wanted to move to Italy and this seemed like a first step. I also wanted to avoid adult decisions, avoid a career, and avoid graduate school.

The reality of being an au pair, the constant proximity to a child, didn’t start worrying me until I was in the car from Fiumicino airport, on my way to meet Alice. I began to panic. What would I say to her? What would we do together? What if she was spoiled or deceitful or moody or mean?

Just then I heard a loud crash in the living room and then a scream, “I’m okaaaay!” The eggs were boiling and I turned the water off.

In the end, there had been nothing to worry about. There was no need to baby-sit Alice. I felt more like a live-in slumber partier than an au pair.

She was creative and full of ideas. She was intuitive and sensitive. Over tea, she’d sometimes ask, “How is your boyfriend?” or “Do you miss your mum? We could do an arts and crafts project and send it to her if you miss her.” I made sure she brushed her teeth. I made her merenda in the afternoon. I even held her sometimes when girls at school were mean and she came home in tears.

And she listened to me, occasionally nodding wisely or slipping in some adultish irony when she gave advice. At times she made me wonder who was the true adult.

Six years have passed since my au pair days. Alice was about to turn 15 when she visited me in Boston this summer. She’s tall now, with long blonde hair and a raspy voice. Her eyes still flash when she turns ironic. She still bakes beautifully and handles kid content with adult form. She remains equal parts innocence and wisdom. She’s also proud of me. “Grad school, Julianne! Look at you!”

Six years after my improbable leap into Alice’s world my own map of the adult world is beginning to take shape.