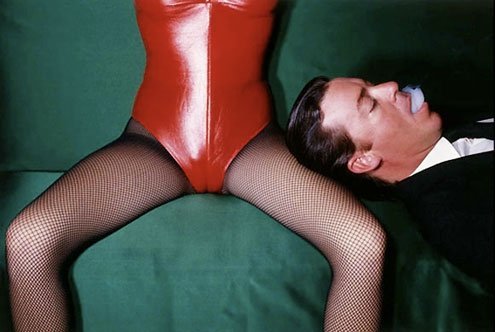 A connection had been established...
W

hen Alice decided to move back home to New York after nearly a decade in Europe, she’d never felt more certain of anything else in her life. She’d been knocking the idea around in her head for several years. She was getting older. She missed her family, and it was becoming increasingly clear that if she was ever going to grow, she’d have to put down roots in the land she knew best.

She packed her bags and said her goodbyes, and planned one last weekend in Paris, her favorite city. She planned to walk for three solid days, and implant the colors, sounds, and smells deep in her memory. She had dear friends there she hoped to see again, and she was looking forward to eating and drinking her of fill of what — in New York — would be considered gourmet specialties, whereas in France they were just groceries.

What she hadn’t counted on, and for once in her life wasn’t looking for, was love.

He was a friend of friends, and had offered her the couch in his living room for the duration of her stay. They’d met once before at a wedding. Between flutes of Champagne they had shared little other than smiles and cigarettes. What had remained of her high school French evaporated as the night wore on. His English, while patchy, was forgivable when he told her that her eyes matched the color of her jade bracelet. She enjoyed his company for those few hours, but thoughts of him had not kept her up at night.

She accepted his offer, and he, as kind as she had remembered, came to meet her at his Metro stop. He carried her suitcase and apologized over and over again for living on the sixth floor, sans ascenseur.

His home, like so many other modest apartments in Paris, had a view to swoon over: Rooftops from the living room, the tip of Sacré Coeur from the kitchen. They finished a bottle of rosé that he had in the refrigerator. She’d rehearsed enough French to tell him that she had plenty to do and didn’t want to be a bother. If he wanted to leave her the keys he would never know she was there.

But he didn’t have anything pressing that week, was just coming off the summer holiday and was more than happy to take her anywhere she wanted to go. They began with a walk uphill behind Montmartre, up quiet twisting streets that she would never have explored. They shared an aperitif at a café on the corner populated by unpretentious arty types, whose pants were frayed at the hem because they were old, not purchased that way.

He asked her what she’d like to eat for dinner and she offered to cook, she preferred it in fact. He agreed.

They opened a bottle of wine and stepped around one another in his tiny kitchen at first, but when there was so much chopping and stirring to be done, and all four burners of the stovetop were blazing they gave up and let parts of their bodies collide lightly. Arms crossed arms and the tops of their fingers touched every time they clinked their glasses together.

They lit candles and turned off the living room lights so that all of the clutter of living disappeared, leaving only their table in a light glow. She stood before him in a makeshift apron, swaying a little to the music (and the wine). It was there that he told her that she was so sensual, and they kissed, lightly. Slowly.

While they ate and drank, their French and English improved, or so it seemed to. A sort of conversation flowed. A connection had been established. When they brushed their teeth together in front of the mirror and moved into his bedroom, it didn’t feel at all like the beginning, but rather an absolutely, perfectly normal night in the life of two lovers.

They awoke face-to-face and laughed over breakfast. Again, it felt as if they’d shared pain brioche and strong coffee a million mornings before.

They spent the rest of the day trooping through the city, visiting places she’d never seen before and exchanging sentences in each other’s’ languages that somehow fit together. What they lacked in vocabulary they made up for with glances and gestures, and the touch of two hands.

They returned home to cook again. Side-by-side they chopped, stirred, and tasted. Words flowed between them, and when there were no words there was music.

The next day they said goodbye. As Alice passed through the Metro turnstile he told her to wait and kissed her again. She paused at the top of the stairs. Although she thought better of it, she looked back. He was there, waving.

And for a moment sense made no sense at all, and she realized exactly what she was leaving behind.