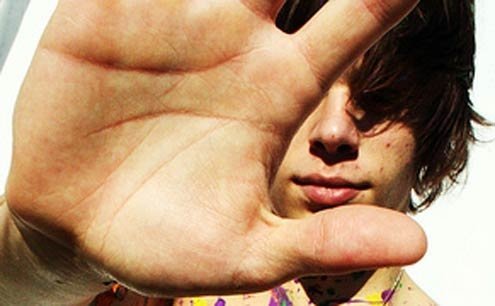 With no gay mentors and guides, most gay youths grow up alone.
I

t’s a commonly held belief that kids growing up need good guides and role models to help them find their way. But any positive contact that a gay kid might have with a gay adult is usually by chance and limited.

Sadly, most gay kids navigate youth without a positive role model, a gay big brother or anyone gay to support them and help them realize their dreams. For a gay adult, any contact with a minor is a potentially risky. With no gay mentors and guides, most gay youths grow up alone.

Every week I meet Valeria for lunch. Alba, her 15-year-old daughter, is very interested in social justice. Valeria always keeps me updated on Alba’s activities and social causes.

“Listen,” Valeria said one day, “why don’t you do an article on homophobia and bullying in school. Alba and Giorgio — you remember Giorgio, he’s Alba’s gay friend.”

“Yes, his mom was there too,” continued Valeria. “Anyway, Alba and Giorgio are doing an anti-homophobia rally at school today.”

Impressed, I suggested that we all meet for a pizza and talk more.

“School ends next week. I’ll find out when they are free,” she said.

“What about Giorgio’s parents?” I asked. “Do they know he’s gay?”

That evening, Valeria phoned me and we agreed to get together for Pizza on Thursday. I hung up and returned to my dinner with my companion Alberto, which is when the evening took a turn.

“Are you sure it’s a good idea to meet with kids?” said Alberto, looking up at me.

I shrugged. “Come on, I’ve know Alba since she was in dippers. It’s just for a pizza and besides Valeria will be there too.”

“Well, Italy is not like America, and probably nothing would ever happen, but think for a moment…”

Then it hit me. “Shit. You’re right. All it would take is for someone to twist it around and I would end up looking like a corrupter of children and Valeria my pimp.”

“Maybe you could get permission from his parents. But you might be opening up a can of worms. You don’t know how well his mom and dad accept their son being gay.”

“So what do I do now? We’ve already arranged the pizza?”

“You can’t put Giorgio or yourself in that kind of risky situation. If you were a straight man no one would insinuate anything. But you’re a gay man, so you are already suspect. Tell Valeria the truth.”

Suddenly, I remembered, back in the late eighties, being in a gay disco in Victoria Canada with my lesbian friend, Sandy. The disco wasn’t very full and we sat at the far side of the dance floor to talk. A young boy (possibly below the legal drinking age) sat at a table close to us. Not surprisingly, he looked very nervous. All the same, he began to chat with us. He told us he liked the boy across the dance floor but he had no idea how to ask another boy to dance. Sandy and I laughed and told him it wasn’t very different than what the straight people do.

But he remained petrified. I told him to sit back with Sandy and relax, that tonight we’d be his fairy godmothers. I got up and walked across the dance floor to the boy on the other side. I told him that my friend liked him and would like to dance with him but he was too shy to ask. The boy beamed and practically ran over to my friend. At some point late in the evening, our young friend waved good-bye as he left the club hand-in-hand with the other boy. By sheer chance, that evening Sandy and I had been there to help a boy realize the magic of his first dance.

Almost 25 years later, as I walked into the restaurant to meet Valeria for our usual lunch date, I felt ashamed, as if I’d dropped the ball.

“How did the kids react?” I asked Valeria, who had spoken to Alba and Giorgio. “Did they understand why I can’t meet with them?”

“What did Alba say?”