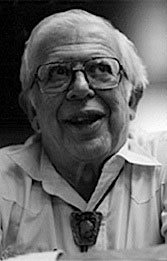 ourning is a trickster that can fool sentiment into being what it’s not, genuinely devoted. We mourn to be heard. Grief defies truth, which only slows it down.

These thoughts come to mind in the wake of Alan Levy’s death. Levy was the remarkable founder, among others, of The Prague Post, a weekly English-language newspaper in Prague. He was 72, and the cancer closed fast.

Here’s both spoiler and fair warning: What follows is not politically correct. It may not even be kind.

I’m not qualified to speak devoutly about Levy because during my time as executive editor of his newspaper, between late 1999 and 2002, we got along poorly, fastened to hard edges. I was intense, unreasonably demanding of loyalty, intent on making change. He was churlish, self-involved, uninterested in the vicissitudes of hands-on news coverage.

He was also a peerless wordsmith and a proofreader of statesmanlike quality.

The latter matters because the Levys of journalism are vanishing. They are men and women who assign discipline to the deployment of language, and deplore those who misuse it, or don’t know not to. They respect the vanity of wit, endear themselves to well-tuned adjectives, court both the pompous and the pious without surrendering to rhetoric’s exaggerations. Levy, who wrote a weekly column, “Prague Profile,” lived for the love of it. It gave him his being as well as a way to adore the city he loved, and urge it to love him back.

The column’s formula was simple: Levy found an character interesting to him, usually someone whose work he liked, or whom he wished to please, and typically chronicled a life and vocation often in flattering terms. He did this with untiring grace. He took the time to seduce and be seduced by the nation that hosted him and defined his generous journalism.

Levy embodied the antithesis of current media conceits, which often lean on sloppy energy. He loved Czechoslovakia deeply, the Czech Republic a little less, and mastered the grand art of contact-making — cocktail parties, meals, light banter — in a style reminiscent (though his was less formal) of William Shirer, John Gunther, Teddy White, Cy Sulzberger, and Scotty Reston, whose interwar copy bore the stains of dinners both enjoyed and survived. Prague of the 1990s was hardly Berlin of 1935 or Washington of 1962, but Levy (an avid square-dancer) made do with the available cutlery.

In truth, he wasn’t cut out for newsroom work let alone for today’s noise-making leadership rites (nor was I). His craft was writing. He could be supportive and cruel, generous and cunning. People of the word are rarely straight.

I wish often that newspapers were less entertained by their own intrigue (uninteresting to the readers they allegedly exist to serve). But to wish for a cooler medium eliminates the Levys and their Hollywood kin.

With a Levy present, a newspaper is made to swing madly between promiscuous didacticism and the more uncaring “just-put-it-out” obligation. Levy’s often maddening attention to detail, which included eleventh-hour tussles over Czech language accent-placement, both delayed and honored the process. There are worse paradoxes.

This, finally, is neither an obituary nor a requiem. Instead, it treasures the good in a bad situation. I squabbled with Levy and he with me. It ended badly. Yet he remained foremost a member of an editorial staff.

He refused to forget, ever, that writers and editors came ahead of managers and their schemes, however well-intentioned. He was true to a purity of word and enterprise, of communication and compassion, that was fundamentally good.

I remember once arguing, in fit of pettiness, that Levy was too insensitive to the needs of the “whole” and that his greedy column inches came ahead of all else. What I failed then to grasp was that to attach ourselves to a personal undertaking we must prize something we do. Remove the something — a column, a rubric, a cartoon — and the resident oxygen loses a vital sweetness.

The whole to which Levy belonged, to which he owed his life-force, was a weekly newspaper called The Prague Post. Some bulls stay behind in the China shop long after the storefront sign reads “Closed.”

Alan Levy rarely yielded. It was his newspaper, he told me often. And to the extent that child is father to the man, it was. I was the interloper. His death brings to an end one small newspaper’s best color story. It’s an impressive personal legacy.