Ahead Of The Curves 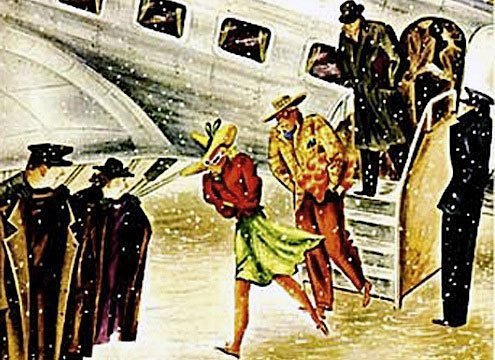 Where to get the best pre-summer sun is a matter of opinion.
I

f you’re like the 58 million Italians who like to look tanned before their de facto annual summer exodus, then you probably already have your own favorite pre-season tanning spot. But if you don’t, keep reading. Why do Italians need to get brown? Status is part of it. So is feeling and looking young.

Leonardo Procesi, 34, a surf-instructor who owns a stretch of beach, Pura Vida, in Santa Marinella, near Rome, sees the broader picture. “If [Italians] look at themselves in the mirror and they look tan, then they’re likely to feel better about themselves in general,” he says. Six in 10 early tanners are women, he adds.

Where to get the best pre-summer tan is among the most subjective questions under the sun, depending on where you live. So we asked around.

Benedetta Regis, 26, from Milan, heads for Lake Garda. Though there are plenty of resort towns around the lake, Regis prefers Riva del Garda at the Lake’s northern edge. Though it “tends to get a little crowded,” she says, May and early June are not yet high season, “so one can take the sun relatively unobtrusively.” www.lagodigarda.it/

Luca Giordana, 30, an actor who lives in Genoa, goes to Zoagli on the Ligurian Riviera between Chiavari and Rapallo. Zoagli, in the Cinque Terre, is a pre-Roman settlement. “The ocean is beautiful here,” he says, “you get the feeling of going back in time to a slower pace of life. Not many people know about this town.” Trains run regularly from Genova. www.comune.zoagli.ge.it/

Alex Lancia, 27, airplane-parts producer in Turin, travels to the nearby Sestriere ski resort area, easily accessible by car. Though Sestriere is glamorous and over-developed in parts, Lancia says the area is worth taking advantage of on the off-season. “You can get some peace and quiet, and take the sun in natural surroundings.”www.comune.sestriere.to.it/

Dodi Poggi, 31, tour-operator and mother of two from Venice, heads for Lido di Jesolo. The beaches are easily reached from Venice (a 10-minute ferry ride) “and are great to just go and relax for an afternoon on a weekend,” she says. www.venezia-lido.it/

Lucrezia Ardea, a 26-year-old Bologna geologist, likes Rimini. In the pre-summer season “there aren’t so many people and the beaches are great, nice sand and lots of young people.” The province has hints.

Beatrice Sanjust, 26, a Rome photographer, prefers the Monte Argentario area north of the capital. She particularly likes a strip of beach called La Feniglia between the towns of Orbetello and Port’Ercole. “In the summer it gets impossibly crowded, but before the real beach season begins, it’s an absolute haven,” she says. The beach is close to Parco Naturale della Maremma, which provides rich countryside. Check it out.

Sara Levi, 27, a Rome art exporter, goes to Capocotta, 40 minutes from the city. She likes the “relaxed atmosphere, the fact that no one cares what you look like on the beach, and the fact that it is so nearby.” She also recommends the nudist beach there for those who aren’t prudish, since it “really resolves the tan line problem.” So, if nudism interests you, there’s an option.

Raffaella Corteggiani, 30, a Rome lawyer, stays home. She heads for Villa Pamphili with her dog. “It’s the best option for getting a quick tan in the city,” she says. “It’s healthier to be in the fresh air … and I don’t need to worry about driving anywhere.” Some

Andrea Chianese, 31, a business consultant, invites you to consider Varcaturo, 20 kilometers from Naples. “Lots of Neapolitans go there for sun because it is so close to the city, particularly before they begin their holidays,” he says. “Then they tend to go to trendier spots like the islands of Capri and Ischia.” Varcatura is an interesting alternative.

Federico Vicentini, 31, a boat captain, likes the run from Messina to the Aeolian Islands. The trip can take 30 minutes or three hours, depending on whether you take the hydrofoil or the ferry. Vicentini, who can sun on board, says he’s been to many a good beach, but there’s “something special about this volcanic archipelago.”