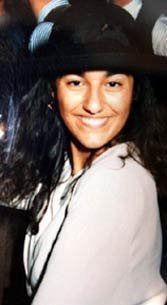 Eluana Englaro died Feb. 9 after being in a coma since a 1992 auto accident.
I

n the United States, a Supreme Court justice is briefly vivisected to get at pancreatic cancer. She is 76. Why? For the better years that lie ahead? For its own sake? To “express” medicine?

In Italy, a woman in a coma for two decades becomes the subject of bitter argument between the president and the government after her father obtains an order to pull her feeding tubes. The Church jumps in. Come see her, says the father. Look for yourself. Why continue? For the better years that lie ahead? To honor non-death as a technical assertion?

As the storm raged around her, she did the right thing: She died.

Elsewhere, the womb’s earliest wiggles are given personality, and to exterminate them is to scrape away a future Einstein, or a Supreme Court justice. It’s a cruel dispute.

Twilight has never been so unpopular. The day-to-day is so rich in eventfulness that avoiding death comes ahead of mulling over the inevitable. Post-Holocaust morality exalts the maintaining of life at any cost and in any context. All else is failure. Grey zones are intellectual and obliterated.

There’s a price. Just as the Gilded Age taunted providence with bigger ships and invulnerable-sounded names — “Titanic,” “Olympic,” “Majestic” — this era pathologically resists reckoning openly with shut-down. Organs are removed to imply the extension of a lease on life that exists only in the abstract. Post-op misery is excused to the need for a “rescue” mission. The fate of coma patients and the not-yet born are debated by those who pretend to participate in a literally unimaginable fate.

Oxygenate a life and you give greater meaning to your own. It’s the intrusive and invasive perfection of an anti-laissez faire view that meets every dilemma with a “here’s what to do about it” plan. Hippocrates’ “Do no harm” now reads “Do whatever you can no matter what.”

Among believers, preserving life outside human character (embryonic or in-coma) makes meat-and-potatoes sense since religion’s role is to create conscientious obstacles to resists the freedom of action that an advanced secular society swears by. That you can doesn’t mean that you should, say the faithful.

When preservation becomes a creed it also sheds portions of its compassion and nobility, turning industrial.

Cosmetic work hints at promises it can’t keep. Having remade outer parts at 50, why not repair the inner ones at 75 — or try? Not fixing, in turn, is made to sound defeatist, offending an near-military vocabulary that swears by warrior words such as “options,” “fighter” and “survivor.”

Nineteenth-century nationalism, once applied to states, has been turned inward toward the body and coded with social and medical righteousness. To defend it and survive is thematically stirring.

There are no survivors of course, only the postponed. But to say so aloud is fatalistic. Resignation’s legitimacy is disgraced, and death-delaying becomes a treatment game played by those wealthy enough to repair decaying organs. Those with smaller budgets die faster.

Coma patients are the most abject of subjects since their recovery hinges on nothing known. Awakening represents the grandest of all dreams: To sleep off death. The tubed non-dead preserve that vision’s maudlin side. As the Egyptians mummified after death, so Western society pre-mummifies some of its living. Agony’s outlay is irrelevant. The goal is holding out and holding on.

Early 21st century Western society hosts an exhibitionist population collectively urged to imagine itself as larger than life. Self’s sentimentalism — “issues” of love, doubt, desire, anxiety, fitness, health, work — is assigned outsized relevance that is destined to come physically and emotionally undone. Life span is freighted with an implicit obligation to prolong it. Coma patients and fetal wiggles are invested with vicarious significance as a result.

The beyond is a blur, a stain, a place no one but terrorists aspires to be. It’s depressing, for which there are also treatments. So it is that Westerners hunker down for the longest “sustainable” haul, meanwhile harvesting aging eggs, bearing late babies, rescuing organs, reducing mystery to its locked and upright position.