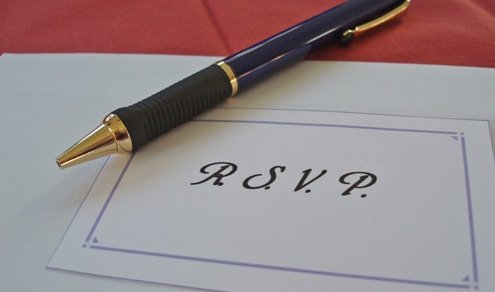 or a long time I thought the secret to being quintessentially Italian lay in a mysterious mix of looking good in dangly earrings or colored shirts (depending on the gender), being able to listen to a whole Ivano Fossati CD without slitting your wrists, and thinking nothing of wading through a meal in which the starter is a bowl of pasta.

Which probably goes a long way towards explaining why I have never managed to blend in.

I now realize after many years that I have got it hopelessly wrong, which is good news as it means I may at last be in with a chance. The real defining feature, I have learnt, is to be able to leave just about everything until the last possible minute without suffering from panic attacks.

It’s not an easy art to master, especially for those from cultures where everything is studiously worked out in advance. Take school timetables, for example. At the start of the year, English mothers I know are all supplied with a sheet of paper, detailing the dates of school holidays, half terms, days off and outings for the next twelve months. That in turn means they can set to work to book their holidays, plan any long weekends and generally organize their lives for the rest of the year.

At the primary school my children attended in Rome, they stuck a scribbled notice on the main door two days before school was due to start after the summer holidays — that was the sum total of the announcement. Later in the week they let you know by word of mouth when the school lunch service would be gearing up again.

I’ve always found this approach unbelievably stressful. Try organizing a children’s party in this country and you will see what I mean. As if it weren’t difficult enough trying to get the ingredients to make a Thomas the Tank Engine cake — a feat that requires weeks of advance planning as the colored icing has to be sourced and shipped — you also have to live with the fact that you have no idea whatsoever how many people will come.

You can send out invitations until you are blue in the face, but long experience has shown that it is a complete waste of time as no one will ever reply, no matter how many times you underline RSVP in red felt tip. So you have to be ready for every eventuality, which may mean, as happened last year, hordes of children and their parents, all desperately foraging for food like a plague of demented locusts. Or it may mean, as on one gut-wrenching occasion, just two children turning up and glumly playing pass the parcel while working their way through trays of pizzette and fairy cakes.

Such is the angst involved that I have come to dread my children’s birthdays — not least because when Italian parents do turn up I have to endure their shocked expressions as they bite into a heavy duty Madeira sponge (the only good base for a Thomas the Tank Engine cake), used as they are to the light and fluffy concoctions filled with confectioner’s custard which rather resemble a giant zit.

But realizing that there is absolutely no point at all in trying to fight the system, I have finally come to a life-changing decision. After years of misery, I too am learning to play the last-minute game and I’m getting very good at it. For my daughter’s birthday last week, I didn’t even bother to send out invitations. I simply rang round some of the mothers the day before — can you believe it? — and calmly announced there would be a party the following evening. No one batted an eyelid and by some miraculous feat almost all of them managed to deliver their children and buy a present en route.

I’ve taken the same approach to our family holiday this year. We leave the day after tomorrow — I think — though I still haven’t booked a house on the island off Sicily where we plan to go, or our tickets for the boat. So liberating is this new laid-back me that I’m starting to find people who run around like headless chickens planning everything in advance really rather annoying.

An English friend of mine asked recently if I had any ideas for what my children would like for Christmas. My sister-in-law just rang up to ask about dinner arrangements when we stay with her two months from now. I just received an inquiry for December 2009 about our house in the hills, a part of which we let over the holidays. I had to bite my tongue before answering these earnest people.

What I really felt like saying was, “What’s the rush — get a life!”