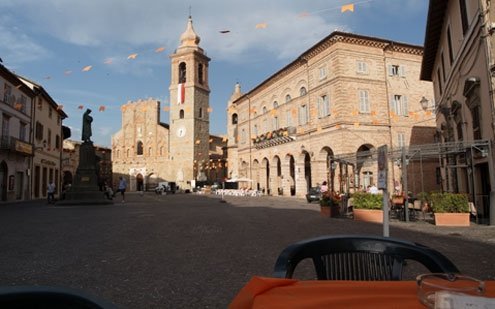 think it’s fair to say the Internet has transformed our world more than any other invention since the combustion engine. It has brought about many delightfully frivolous benefits — instant entertainment and shopping — and some more profound and empowering ones, widespread communication and access to knowledge. It would be foolish to ignore the web’s contribution.

If you agree that knowledge is power, or at the very least represents opportunity, then we now live in the most democratic educationalist society ever. When your child asks you one of those tricky questions (“What happens to butterflies in winter?”) you no longer need to make the weary trudge to the library and a trawl through the butterfly section — by which time your child’s thirst for knowledge has became one for chocolate milk.

But for those of us living in isolated rural areas the online world has done something not even the combustion engine could do: it has given us the means to earn a living without having to leave home, which in turn has had a dramatic effect on demographics.

When we first moved to this little town clinging to the foothills of the Sibillini Mountains in the Marche region of Italy 11 years ago it seemed as though it was populated entirely by old men. I couldn’t walk across the local piazza without expecting Chitty Chitty Bang Bang’s Child Catching Robert Helpmann to come trotting round the corner calling: “Lollipops, lots of lovely lollipops, all free today…” (the source of many nightmares for old and young alike).

Yes, children went to school, but just what became of them after hours nobody knew. The school bus whisked them away and they were suddenly out of view until the next morning. We caused quite a stir just by walking through local streets with our children in tow. People would actually come up to me with tears in their eyes to thank me for bringing the children out (I am not exaggerating).

In those early days of our life here Internet connections were hopeless bad. Having regular access to service was rare unless you were a zillionaire and had a landline. And we were not zillionaires. All we could do was resign ourselves to the odd encounter with Wi-Fi hot zones here and there in town. The result was lean times financially. In truth, Italy still lags well behind most European countries in terms of Internet coverage, with less than 60 percent of its population wired, compared to nearly 90 percent in the UK, France and Germany (Scandinavian countries are closer to 95 percent).

But things have gradually changed, at times remarkably so. An enterprising local company has managed to introduce fairly consistent service by setting up a dish on roof of the local church. Aside from the odd glitch (when the barman unplugs the dish to charge up his phone), we’re online fairly often. The decade-long result has been something of a transformation. Now that people can beaver away at home, there’s been a real if modest population boom.

Where once we saw only tumbleweeds and old men scuffling, there are now women with prams and children playing in the park. The school has expanded to four buses. Some of the newly arrived families are from other countries like us, but others are Italians who have returned to the countryside. What we all have in common is that we work online. What’s even better is that the future looks bright for our children. Thanks to the web, enterprise stands a chance of being rewarded and opportunity is there for the taking. There’s no going back (and your kids don’t even have to leave home. Help!)

When we first arrived here, I recall a bewildered local teacher asking me how we happened on the town of San Ginesio, and the school.

“On the Internet,” I replied.

The bewilderment is gone.