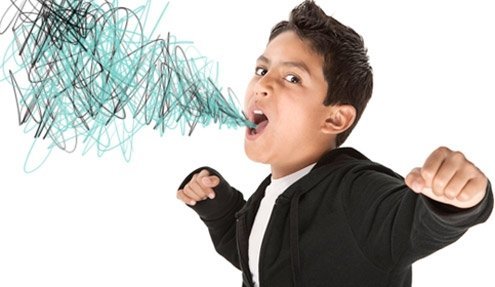 So long misbehavior… it hurts too much.
L

anguage is a locomotive on manmade tracks that can take culture on a runaway ride.

“You dig?” was once about being in the know, not burrowing. But colloquial language is fickle. “You dig?” got its Beat Generation 15-minutes, after which it was “deep-sixed,” an idiom that was “offed” — all of it in less than a New York second.

More interesting is when language goes ballistic (from ICBM missiles). This can happen when a word’s meaning is hollowed out, take “awesome,” or when a specific connection, take “viral,” yields to a secondary meaning that soon turns primary. Idiomatic usage has the manners of a Left Bank accordion player.

But if the updating of “awesome” and “viral” are idiom tics, other tampering carries a heavier load.

A boy who resisted authority or threw self-centered temper tantrums was once said to be misbehaving or disobedient, based on the prefixes “mis-” and “dis-,” as in misfire or disappoint. Misbehavior and disobedience were an accepted part of a growing up ritual rectified by discipline. Mature adults were right and unthinking children wrong. Systematic misbehavior was indefensible.

Misbehavior and disobedience, in terms of usage, had no rapport with “Dig it?” They possessed a categorical staying power that appeared to transcend the colloquial.

If only social language believed in transcendence.

Now, renegade children — the disobeyers — have been re-branded to deflect and limit potential guilt. The capricious child no longer misbehaves or is disobedient but is instead “acting out,” an imprecise and therefore less damning assessment.

Rather than associate a child with the prefixes “mis-” or “dis-,” the newer tendency is to see pubescent tempestuousness into a kind of performance art, certainly unwanted and probably unwise, but ultimately governed by psychological relativism. The “acting out” label rationalizes disobedience into a potentially defective script from which a child feels compelled to read, perhaps unconsciously. This relaxed license not only frees youth (and “ruling” adults) from accountability, it also limits the scope and nature of eventual liability. Punishment, often seen as cruel per se, is tempered.

The blame on which misbehavior and disobedience depended for their logic is thus displaced by a more tolerant view that prefers to see deviations from the norm as forms of eccentricity or illness — in keeping with toddler “time outs,” mitigations that also postpone punishment, and, inevitably, the rigors of maturity.

These fascinating verbal revisions expose a self-conscious society eager to introduce a broader range of protective behavioral causality. At the same time, they also disarm clarity and bluntness, obscuring absolute differences between right and wrong, concepts with which affluent societies already struggle. Substituting “acting out” for the more uncompromising misbehavior and disobedience creates Swiss-like neutrality that thins judgment and outrage.

Disobedience is then screened if not revised to reflect deficit disorders or parental “dysfunction” — both based on ruined attention spans that psychopharmacology can adjust if not make right. One sliver of jargon, “acting out,” symmetrically ushers in a postmodern abbreviation, “meds.”

According to this vision, a child’s raging might be a response to secret trauma that any association with disobedience would make worse. Mischief, a child favorite, gets short shrift, as does malicious immaturity. Shortcomings are redirected. Blame is canceled.

This is wickedly sticky territory as ever larger numbers of adults go to marital war in the presence of their offspring, falling back on amoral if not infantile tactics as well as grown-up style “acting out” and its lazy rationalizations. The child-adult gap is narrower than ever.

Public apologies are used to repair private recklessness (only to be forgotten and misdeeds repeated). The language of responsibility is tamed to avoid confrontation. Uncritical sentimentalism is paramount, a trend accelerated by post-9/11 hyperbole that saw the lionizing of those who simply did their duty. Language was reset to respond to heroic, deferential, if not worshipful guidelines (and more recently to hectoring).

With terrorism and its resulting anxiety peddled as the future norm, idealized children — already a sentimental industry in their own right — grew in stature. Language dipped into psychology and emerged with a protecting wall. Hope’s kids did not and could not misbehave, let alone disobey, acts that were tantamount to treason. External trauma was introduced as a collective bogeyman. There had to be way to make criticism of children sound less harsh, less certain, less exacting — which is to say less mature.

“Acting out” as an idiom was just that way, and now a train runs through it.