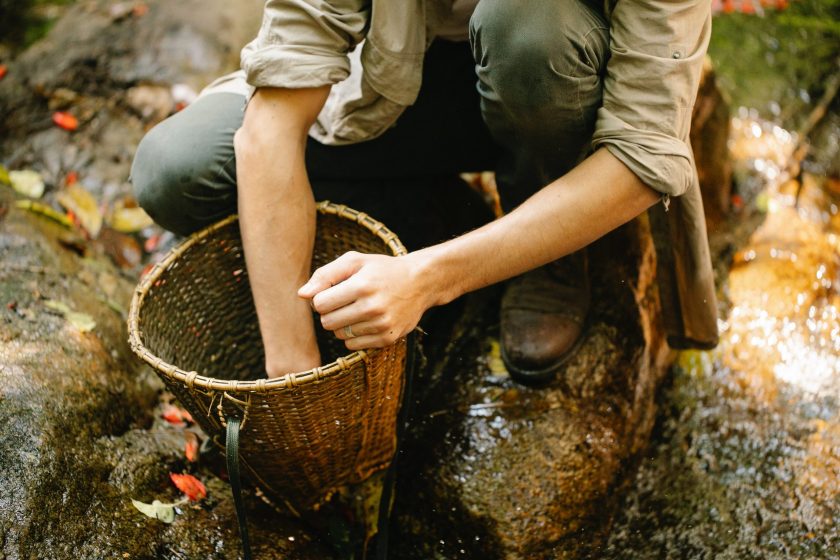 One man's effort to cultivate a zero-impact lifestyle only to discover that his effort — and all of humanity's — is in vain.
W

hat with the looming climate catastrophe, the American Republican Party now becoming the Fascist Party, COVID waves one, two, three, and four, China threatening to invade Taiwan, Belarus using immigrants as weapons, 17-year-old boys with illegal assault rifles being set free after killing people, the rape of the Amazon rainforest, and uncounted other assaults on our lives, our sanity and our planet, people sometimes ask me if I think humans will survive.

No, I tell them. Not a chance. And we don’t deserve to.

They ask which dilemma I think will be our species’ downfall.

Acreage, I say. Let me explain.

It is hard to believe that three decades ago, I moved to the island of Maui in the state of Hawaii. When I arrived, I decided I was not going to be one of those people who come, rake the land, bulldoze trees, build some monstrosity that demands air conditioning and resources, and strains the already overworked municipal water system. I was going to be smart.

I managed to get a 1,800 square foot cabin in the jungle, on the side of the volcano, Haleakala, with two acres, dozens of fruit trees, an ocean view, and, amazingly, a wire that came from miles away that gave me DSL internet. It also had no municipal water or power, and no access road.

It is easier to live this way than most think. Two water catchment tanks, one 15,000 gallons and one 4,000 gallons, never run out of water. The cabin rests on the eastern side of the mountain, which on Maui is the rainy side, and boy does it rain. That first year, I arrived in spring, and that fall, during one run, it rained nonstop for twenty-two days straight, day and night. A triple filter system cleaned the water, and I never once had a water bill. You can imagine the price of fresh water on an island surrounded by a salty Pacific Ocean. One friend has three children. Her October water bill was $475.

Whenever I hear anyone complain about governments not doing enough for the climate crisis, I ask them if they eat meat.

The PV (photovoltaic) system provides the power. There’s a generator for emergencies, but I was amazed (and still am amazed) at how much power an efficient PV system generates, even on cloudy days. The one I am currently using runs two refrigerators with freezers, two large screen TVs, three computers, and anything else plugged into the wall, including vacuum cleaners and water pressure guns. The last day we had to curtail our power use was April 20, the previous spring, for four hours.

The average electricity bill on Maui ranges anywhere from $300 to $700 a month, depending on how much one uses air conditioning. That’s one thing I never needed, and another bill I never had. The altitude and my east-facing house means cool days for me.

It is true that to get to the house, you have to drive between trees and into and out of a gully, which does wash out in heavy rains, stranding us at home. It never bothered me. I have no neighbors and privacy is a given.

Oh, there are waterfalls in the backyard.

So, what does all this have to do with the end of humanity?

Well, a few years back, I went to a website (Google it, there are many) which will, if you put in data about yourself, tell you how much of the earth you need to sustain your way of life.

I went into it feeling smug. After all, in addition to everything I have told you, I only had to drive two days a week, as I worked from home. Also, I am a vegetarian and meat eating accounts for forty percent or more of an average person’s CO2 contribution. Add to that the vegetables and fruit that come from outside my door, and the year-round growing season for so many things, and I thought that, when it came to how I used the tired old earth, I was a star.

Four years ago, at the time of the test, my lifestyle required 4.63 acres of the good Earth to support me. Back then, the Earth had but 4 acres to each human being. In spite of everything I was doing, how I lived was using too many of earth’s resources.

With the increase in human population in the last four years, each of us has substantially less than four acres now. The average middle-class person in the industrialized world requires an average of 24 acres to support him or her, six times what the Earth can spare.

To state the obvious, few people in the industrialized world live as I have the past thirty years. They have no plans to start either. They recycle their soda cans and liquor bottles and some of them drive hybrid cars, and they think, “What a good boy am I!” Rubbish.

Whenever I hear anyone complain about governments not doing enough for the climate crisis, I ask them if they eat meat. They do. Earth-saving begins at home, a challenge few people want to undertake.

What living on Maui has taught me is humans are idiots, and are about to get what they deserve.

Sometimes I get infuriated at all this, because thirty years ago, when climate was talked about, it was something we could handle at a personal level. There isn’t much we can do about immigrants and stupid war and COVID, but not eating meat and living responsibly is, and has been, within everyone’s power. Few acted. Now our house is on fire, we’re still waiting for the other person to figure it out, while we drive our SUVs to McDonald’s for a burger.

It is my considered opinion that people like this, which means most humans, do not deserve to continue.

But I do feel for people who still have hope, as misplaced as it is. For example, when Joe Biden was elected president and people breathed a collective sigh of relief. A popular refrain was, “Now we’ll see some climate action!”

Well, we have. In November, the Biden Administration sold 1.7 million acres of gas and oil leases in the Gulf of Mexico, to the fossil fuels industry, a sale larger than anything Donald Trump did. It will take years to build the infrastructure, and decades to use the fuel.

What living on Maui has taught me is humans are idiots, and are about to get what they deserve.

— This essay concludes a two-part series about Maui, the Hawaiian island where the author has resided for decadesn