Acing the test of time 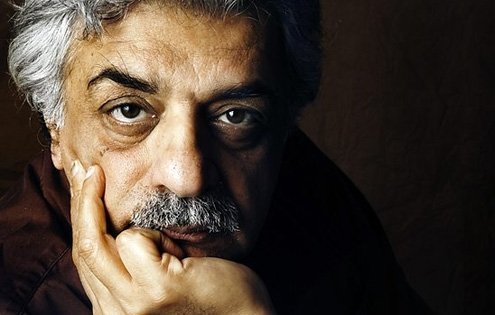 Tariq Ali’s latest book, 2015's "The Extreme Centre: A Warning," has the same subversive intent as his seminal 2003 "Bush in Babylon."
C

onfronted with new outbursts of jihadist slaughter, this reader time and again returns to Tariq Ali’s “Bush in Babylon: The Recolonisation of Iraq,” first published the year of the U.S. invasion of Iraq in 2003. The Pakistani military historian, activist, filmmaker and novelist challenged the West’s avowed motive: to destroy Hussein’s “weapons of mass destruction,” seeing the incursion a fatal spur to already burgeoning terrorism.

In many respects “Bush in Babylon” was a re-run of Ali’s many and relentlessly scathing denunciations of the West’s Middle Eastern policies. His books have always created more enemies than friends, even in intellectual circles. The front cover was itself blatantly offensive: an Iraqi boy, stands on a rock above an American soldier, urinating on his helmet. But these provocations make the volume no less valuable a tool in understanding of the often vaguely defined “Middle Eastern crisis.”

Since the 2001 Twin Towers attack, a mushrooming growth of suicide volunteers operate in Occidental lands. Ali’s strength is in his exhaustive historical analysis of the causes fomenting this violent Arab rebellion against the West.

Iraq’s been called “a land of poets”; across centuries they speak for the people of eternally occupied lands. In 1987, during the Iraq-Iran War, Syrian Nizar Qabbani penned “I Am With Terrorism,” a poem that soon went viral in the Arab world. But Qabbani was not defending the fatwas of Iranian leader Ayatollah Khomeini or encouraging the incipient Al Qaeda militia. For Qabbani, as for many Arabs, “terrorism is the word oppressors use to defame a national liberation struggle.” — “We are accused of terrorism/If we defended our land… if we revolted against the rape of people… our rape.”

Ali offers a swift take on the millennial calendar of regional invasions that nurtured the roots of hardened patriotic resistance. As early as 500 BC the richly attractive land of Mesopotamia was overtaken by a succession of Persian governments. In the 600s, “soldiers of Islam” took power. The 1200s saw the Mongol conquest. Ottoman Turks ruled from the 15th century to 1917, when, in Ali’s terse reconstruction, “Britain wrested the Middle East from Turkish control and the Ottoman Empire collapsed.” As the British and French subsequently divided post-World War I Mid-Eastern spoils, the “State of Iraq” was “designed” on the map.

A series of royal and secular power players culminated in Saddam Hussein, who bargained with oil prices and export quotas. George H.W. Bush, Bill Clinton and Tony Blair responded with sanctions, including the aptly named “Oil for Food.” With restricted access to food and basic materials, the Iraqi infrastructure collapsed, and its population starved out.

The 2003 Bush invasion added fuel to rebel fire. Under its ineffective, interim puppet government sectarian violence reigned. For Ali the core lesson of foreign invasion lies in the destruction of local governance, and the inevitable rise of popular rebellion: “in the chaos [and the succeeding invasion] Al Qaeda seized the opportunity to establish a presence in Iraq.”

Ali tackles the story with innumerable quotes, factual reports, and (overly) abundant footnotes, which together make for an unsparing indictment. Untold Iraqi citizens died. The lifelines formed by its infrastructures were knowingly wiped out. All this so that “contemporary Imperialists” could rush to territory, power and oil money.

Oil? Didn’t the West go into Iraq to save the world from Saddam’s weapons of mass destruction? Ali cites an interview with Paul Wolfowitz, the most influential pro-invasion official in the Bush administration. Asked why Iraq was invaded though no evidence of such weapons pre-existed or was ever found, and why North Korea, which possessed such weapons, was spared, he replied: “Let’s look at it simply. The most important difference between North Korea and Iraq is that economically we just had no choice in Iraq. The country swims on a sea of oil.”

In this 21st century, the outraged, and now well-armed Middle East fights back against the arrival of foreign planes, warships and troops “invasions.” Ali may be a hard-line left wing writer with an acrimonious attitude, but his insights are impeccable. He gave voice to Iraqi citizens who met the arrival of U.S. and British troops with riots, not cheers. The ensuing military occupation only continued Iraq’s long history of subjugation, an Iraq that was once part of eternally contested Mesopotamia, where the city of Babylon once stood.

Ali’s troubling volume is both furious attack on Western motives, and warning to a public that too often learns of its governments’ real political aims far too long after the fact.

Through thought-spiking documentation, Ali indicts Western interference as fuel to extremist Islam. It’s a charge that has so far proved unhappily predictive.