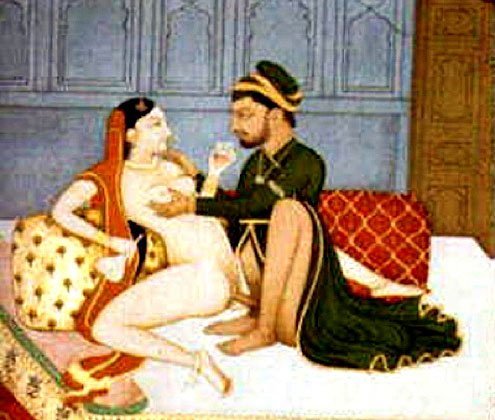 Accent is the single most important trigger of sexual desire.
I

have a pathetic addiction. I obsessively collect newspaper polls detailing Italian sexual habits. When I am away from Italy, my friends are assigned rigorous sex poll clipping duties and I have configured the ANSA news agency to alert me when the words “sondaggio” and “sesso” appear together in a news article. Fortunately, for me, Italian media is obsessively addicted to publishing these polls. The driving force behind my compulsion is the search for irrefutable conclusions regarding the mysterious realm of relationships and greater understanding of my adopted home.

No, that’s not true: I just think they’re funny.

As a service to the non-Italian singles population residing here, and the many romantics who move to Italy in order to unleash their inner Cupid, I present my findings on Italian sexual fetishes for your careful consideration. Based on the slimmest semblance of scientific fact, everything you read below is reportedly true.

The phenomenon (or problema according to museum janitors) has been dubbed the “Rubens Syndrome” and former Deputy Culture Minister Vittorio Sgarbi, who reportedly had sex inside a museum, was quoted offering this explanation: “People who like to go to museums feel love. Love for art and love for eroticism are, therefore, completely compatible and transferable.” Milan’s Pinacoteca di Brera, Turin’s Galleria di Arte Moderna and the Uffizi in Florence were runner-ups in the sexist museums tally.

Some of you will remember a similar study called the “Eros Report” released a few years ago and cited in the New York Times that rated Italian holiday destinations according to sex appeal. Out of a possible 100 points, sin city Viareggio topped the list with 98, while clichéd Capri and Stromboli were downgraded to the low 30s and 20s respectively. The report raised quite a few eyebrows when first published because it marked the historic sorpasso of mainland sex over island sex.

Another groundbreaking poll was published last year debunking the common misconception that good looks and charm are the winning weapons of seduction. The Italian news agency ANSA quoted a survey by the Woman and Quality of Life Psychological Research Association and determined that accent is the single most important trigger of sexual desire.

The association found 32 percent of Italian women and 27 percent of men cited “phonetic particularities” as the number one libido lifter. Florentine accents, with its rhythmic panting pronunciations, were preferred by 38 percent of women. Second with 26 percent, were Sicilian accents thanks to what the study called “sounds that suggest virility.” Romanaccio sat glumly at the bottom of the list with six percent because its slangy street smarts apparently backfired in the bedroom. Thirty-six percent of men found the nasal sounds of Venice sexiest and 27 percent got an “immediate and instinctive erotic effect” from the guttural sounds of the Milanese accent. Foreign accents rated off the charts.

A different study found notoriety is like a wet blanket thrown on the fiery intentions of the most eager Latin Lover. Carefully assembled data proved sexual desires (rated by hormone levels) of the average Italian male precipitate dangerously close to rigor mortis when he is placed in a location with a high VIP presence. The study did not include the names of the offending celebrities in question.

There is a significant subcategory of sex and health polls. The University of Rome graciously brought us the news that sex makes us live longer. In conjunction with the University of Bristol, 1,000 men between the ages of 45 and 59 were examined and those who had two orgasms per week lived longer than those who had one per month, although it wasn’t clear by how much. A second study says sex helps curb the appetite and is an effective tool for shedding pounds.

The magazine Dimagrire found 31 percent of Northern Italians use sex as part of their weight-loss program. It also concluded that the so-called “Cupid Diet” did not work on southerners, who tend to eat more after lovemaking.

For the record, the average Italian has sex precisely 84 times per year, lagging far behind the average American who does it 132 times. Forty-eight percent of Italians have sex at night and 22 percent in the morning. Another poll says 31 percent of males don’t need to know the last name of a woman before luring her to bed. Yet, another published poll determined that only four percent of males enjoyed sex without sentiments. Go figure.

My favorite opinion poll is the one that claims 60 percent of Italian men would rather spend their money on seducing women over anything else. The men said they would not hesitate to invest in jewelry, expensive boats, cars and meals in order to bring their campaign to term. But don’t get your hopes up girls: The same poll said 99 percent of the men found the act of taking a woman to bed more satisfying than the sex itself.