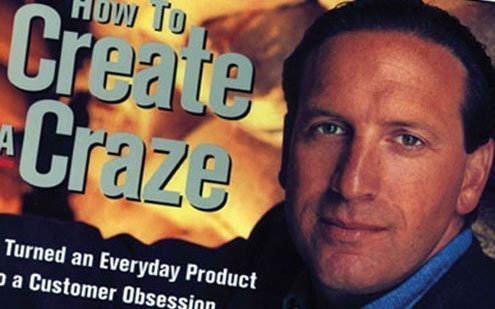 e walked in the door and we all froze. It was 1987 and I was the manager of a Starbucks coffee shop in Tacoma, Washington. My particular store, Tacoma Place, was located in a strip mall off Interstate 5. It was part of an early effort to expand the chain outside Seattle.

That afternoon, the store had been quiet except for one customer at the register. But when I looked up I saw a distinguished man enter through the side door. Quickly, I whispered to the staff, “It’s Howard Shultz. Be on your best behavior.”

The 34-year-old Starbucks CEO was tall and dressed with casual sophistication. He immediately noticed our strange discomfort. “You don’t need to stop everything just because I walked in,” he said, breaking the silence, “I’m not the most important person in the store.” He paused and gestured to the front, “That customer is.”

We were charmed by his self-effacing manner, and after ordering a tall coffee and thanking us for our work, he was on his way.

I have fond memories of the two years I spent working for Starbucks in its early days. The company was small and we all knew each other. I was trained at the original roasting plant, a dim warehouse with a big drum in which the beans were heated and swirled to a glossy brown. There were no frappuccinos or gingerbread lattes. It was all about Arabic beans and the merits of darker, full-city roast.

Over tiny French-press coffee makers, we tasted the latest shipment from Sumatra or Colombia, slurping to enhance our appreciation. Some roasts were light-bodied and spicy, others full-bodied and earthy. Only a discerning palate could tell them apart and we all wished to be connoisseurs.

Now, with nearly 21,000 stores in 63 countries, it’s easy to look back and see Starbuck’s success as inevitable. The name “Starbucks” is all but synonymous with coffee. It’s a remarkable feat.

Last month I saw that Schultz, who grew up in Brooklyn, would be in New York to promote his new, co-authored book, “For Love of Country,” about U.S. war veterans. Impulsively, I knew I had to attend.

Three decades on, his charismatic charm endured. After his talk, I lingered to shake his hand. When I did, I was again his employee and he my boss. Face-to-face, I spoke the only words that came to mind, “You probably don’t remember me, but I used to be the manager of the Tacoma Place store back in the 1980s.”

He looked at me glazed, as if he’d heard this sort of thing before. Then something clicked. “Wow, Tacoma Place. That was one of our first stores.”

Encouraged, I continued. “I was trained at the original roasting plant on Airport Way, in the days when we’d toss the coffee beans out if they didn’t sell after seven days. I remember the day you told all the managers you wanted to take Starbucks global. And here you are. You’ve done it.”

I had tried hard to hold his interest but he simply nodded. He finally turned to his assistant. “Can you get a picture of us?” I stood beside him smiling brightly as his assistant extracted an iPhone and snapped our image. He then began talking to the assistant about the next promotional stop. It took an odd while before I realized my time was up. The snapshot was a polite way to end public encounters. I walked away awkwardly.

Afterward, I felt a queer mix of elation and embarrassment. I knew I’d acted like a groupie, hoping to share stories and relive old times. I thought I was special. I’d been there at the start. But years later it was clear I was just one of thousands of former employees.

Walking through Midtown Manhattan, I suddenly saw my younger self at Tacoma Place. I smelled the bins of freshly roasted coffee and heard the sound of the scoop digging into beans from Kenya and Costa Rica. I recalled the faces of the regulars, their drinks, and the “good mornings” we shared.

It all made me long for an espresso macchiato, my personal favorite. Lucky for me, there was a Starbucks on the next corner, and once inside I knew I’d be the most important person in the store.