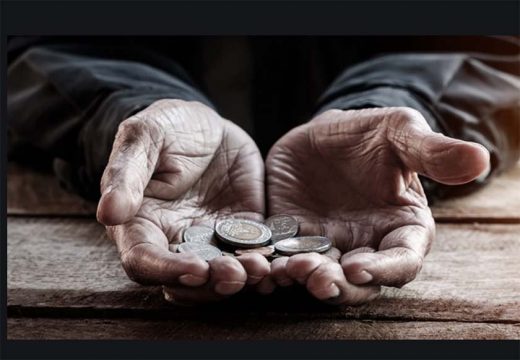 When travel clichés are set aside, the world can be less than a pretty place at times. But there is hidden wealth.
N

othing makes the earth seem so spacious as to have friends at a distance; they make the latitudes and longitudes. • Henry David Thoreau

Globetrotting can stir up snide remarks. “You must be rich” is one I hear often.

I’ve never counted my friends, but I suspect I have as many in different countries as Americans have at home. Most of my trips don’t produce new friends, since true friendship needs time to develop. Shared history and common experiences are a good start.

A friendship that grows out of a trip is as rare as it is delightful. You must cut through the dross to find it.

Common goals and shared decency doesn’t erase the world’s blemishes — and some are very ugly.

Too often, stories of travel experiences are riddled with clichés. One of them suggests the true traveler must be free of all prejudice, since travel means appreciating (and treasuring) common human traits.

We should be tolerant toward all we see, since as human beings we share many of the same goals: security, health and happiness for our children, and a comfortable life. We also want to be treated well.

But believing in common goals and fundamentally shared decency doesn’t erase the world’s blemishes — and some are very ugly.

Travel can make you a sudden spectator to enmity and even hostility. Nice clichés aside, people the world over can be ignorant and selfish.

A journey outside tourist bubbles — no Eiffel Tower; no Taj Mahal — can bring you face-to-face with the monstrous.

In the last 33 months, I’ve visited 17 countries. Each trip has been intense, and I regret none of them. I’ve seen the beauty of the Northern Lights in Greenland, felt the thrill of reading in the fabled library inside the Abbey of Saint Gall in Switzerland.

Then laughter closes your eyes: Nyinda, one of the author’s Nepalese friends.

But I also saw a group of Australian men abusing a young Danish waitress in Copenhagen, who was so rattled she left work early. In Lima, I witnessed a man cavalierly and repeatedly spitting on shiny green tiles just as an elderly woman on her hands and knees was at work scrubbing them. In Kuala Lumpur, on a blisteringly hot day, I saw a man in the street savagely beat a woman in a black burka, apparently his wife, until she cowered and finally crawled to the sidewalk. Her crime? She had stepped off the curb before he had.

What does all this woe have to do with friendship? It puts it in perspective. It illustrates how rare it can be, especially on trips, and how miraculous it is that a friendship might blossom at all.

Take the story of Sebastian. I didn’t see him coming. He works three jobs in El Alto, Bolivia, a city that sits about a half-mile above La Paz. His wife works two jobs of her own. His deep voice is polite but firm, his demeanor joyous yet levelheaded. His dark eyes flit about, his hands constantly screw and unscrew a water bottle cap, and he always seems to be laughing at something. On the face of it, there are many reasons why he and his wife work so hard, but in fact there’s only one: their daughter.

Estimates vary depending on the source, but it’s estimated the average monthly Bolivian household income is about $332. If rent was $50 a month, that might suffice, but it’s far higher.

One day, Sebastian and I walked though the vast and pulsing 400-block outdoor market that sells goods daily on the streets of El Alto. Sebastian and I discussed the raising of daughters (we both have one), and his hopes and fears. We spoke of the state of the world, and what it means for our children. We took tram rides and broke bread. By the end of my visit, we knew the web would connect us.

I should also mention “The Three Sisters,” as I call them: Nyinda, Zenden and Kunsang. Raised and educated in India, they now live in their home country of Nepal, in the cities of Pokhara, Mustang, and Kathmandu, respectively. I first met them through Nyinda’s restaurant, where the three served delicious Nepali dishes (for as little as ¢60 a serving). Nyinda married a former Buddhist monk and has a baby boy. Zenden spends most of the year in the harsh upper Himalayas with her husband and baby daughter. Kunsang has begun her university courses, studies English every chance she gets, and dreams of travel to Europe.

Not a week goes by that we don’t communicate in some way. Their decency and kindnesses to each other and to those they meet is moving. I love their wind chime-like laughter and daily joy. I’m touched that they are happy to see me. These are friends.

We’re already talking about a visit I have planned for next year.

You can’t fully understand a painting without seeing the frame. In travel, the frame is the whole of the experience.

Misery, and miserable acts, give greater weight to new friendships, which can sneak up on the most guarded of us. It’s true I work at forging relationships when I travel. I consider these efforts more important than seeing Moscow’s Red Square or the Blue Lagoon in Iceland.

While sights can be breathtaking, they don’t enrich you in the way a friendship can. As a result, I can call Nepal, or Ireland, or Tanzania, and hear a friend’s laughter on the other end. These voices are the coin of the realm in which I am most interested. They make me a very rich man.