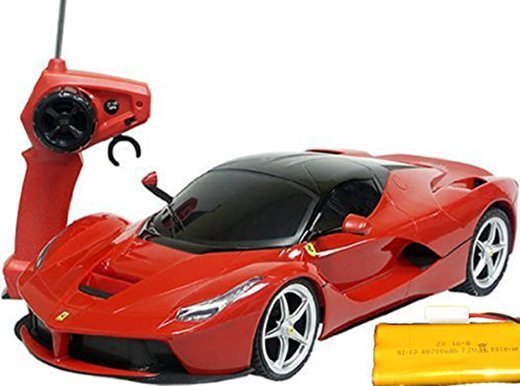 If you take gender-stereotyping out of buying gifts, you might be in for a surprise.
P

lay is the way that intelligent animals learn. It’s also the way children discover who they are and how they fit into society. Play teaches cooperation, sharing and nurturing, as well as gender roles, competition and sometimes violence. Toys are an important part of the play process.

Since Alberto and I don’t have children, the only time we need to think about buying toys is at Christmas when we go to the annual gathering of his family’s clan. Our nieces and nephews are usually quite careful and choose Christmas gifts for their children that are mentally stimulating (books and educational games) or practical (winter jackets or a new pair of skis). But holidays should also be fun. When I think about gifts for my own cousins, I make a point of ignoring books, socks, and underwear in favor of bright shiny toys, which despite the joy they bring, admittedly fall apart before New Years. But that doesn’t make them any less thrilling to open.

As the “official” gay uncles, Alberto and I feel it’s our responsibility to make sure that the gifts we bring fall in the fun category. Last year, we won the hearts of our grand-nieces and nephews by bringing a collection of plastic zoo animals, a doctor’s kit, a kitchen play set and a couple boxes of super hero dolls. When it was his turn to pick a gift, one of our grand-nephews passed over the box of super heroes in favor of the kitchen play set — not out of character for an Italian boy.

Last year, we won the hearts of our grand-nieces and nephews by bringing a collection of plastic zoo animals, a doctor’s kit, a kitchen play set and a couple boxes of super hero dolls.

This year, our two-year-old grand-niece didn’t need any prompting before grabbing at pretty much all of the stuffed animals we’d brought. As for the four other kids, their tastes had changed over a year. So off we went to the Chinese discount store beset with nagging questions about what to get boys and the girls now between the ages of five and ten.

We quickly picked out a soft stuffed bunny for the youngest. After that, we stood in front of a shelf lined with frighteningly realistic reproductions of assault weapons and hand guns. I was mystified by what obviously many parents regarded as an appropriate toy for a child. I grew up in rural Canada, which means I also grew up with hunting and archery. Though no fan of hunting, I understood that it was essential for children of people who live on the land to learn about the tools used to procure food. On the other hand, I can’t see the purpose of encouraging boys to act out violent fantasies using replicas of assault weapons whose sole real-life purpose is killing. Should they choose law enforcement or the military when they come of age, such weapons may well play a role — but not before rigorous training in safety and laws regarding the use of force.

Next to this arsenal was a shelf filled with cheap remote-control cars and construction vehicles. What could be more fun than spending a day racing tiny cars with your cousins? We bought two Ferrari-like cars for the boys. Now all we had to do was find suitable fun gifts for the girls. Beside the cars was a selection of cheap Barbie-like dolls that might have appealed to the younger girl, but not, I strongly suspected, to the older one. Since the toy selection was limited, we eventually settled on two boxed magic sets for the girls.

As I walked up to the cashier, I had the uneasy feeling that we hadn’t made the best of choices. At home, when we examined the magic sets, their cheapness became clear, and we returned them.

The next day as I scanned toy store aisles for replacements, it struck me that my real mistake had been to link the gifts to gender, which naturally presumed the girls would not like race cars. It was an absurd assumption, especially if you considered the fact that the great-grandmother of one of our grand-nieces had been a race car driver in the 1920s. Try as I had not to, I had fallen into that stereotypically tired gender trap.

I resolved to just buy remote-control cars for all the kids. Since all the red Ferrari-like types were gone, I bought two identical yellow Mad Max-styled cars. They could then pick the model they liked most.

In the end, the girls chose the red cars while the boys went for Mad Max yellow. Together, the kids spent an evening racing their cars down the hallway and around the living room.

Long after the holidays, our nephew called. The kids were fine, he told us — and the hallway was still alive with cars. Thankfully, some gifts shared by boys and girls alike actually withstand the