A time of “good shame” 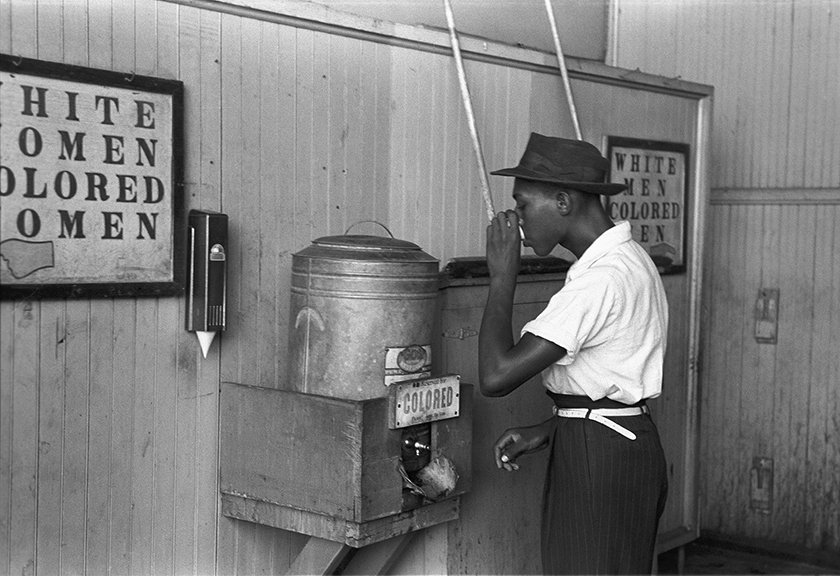 Race relations in America: a tainted legacy.
I

’ll start by saying that I’m a white woman of middle-class privilege. The privileges have taken many forms but I’ve never been without them. One I now include is “good shame.”

In the wake of George Floyd’s murder, Breonna Taylor’s murder, the racial protests that followed, the killings of many black trans women, and the bold-faced racism that exists in the United States, I felt a responsibility to speak out. Not, mind you, because I had something unique to say, but because failing to do so would have made me into yet another white bystander who might feel outraged but whose life could, and likely would, continue as usual. Why? These events did not affect me directly. The systemic racism was present, of course, but it wasn’t my problem.

So I said and wrote nothing. I felt (or hoped) that this silence would leave more space for others who, far more than me, deserved to be heard. These people had something to contribute, and were far more informed.

My silence wasn’t inaction. Inaction is no longer acceptable, and rightly so.

I spent my time learning. But mine was not admirable learning. It was akin to a student having gone a year without studying only to discover the night before the exam that notes won’t be allowed in.

I began cramming. I spent the last few weeks trying to catch up on all the things I should have picked up on long ago but never did. And it was a lot to take in, not just because I managed to get through most of my schooling without knowing much about U.S. racial history, a history of slavery, abuse, emancipation, and segregation. Entering this territory is hard going and forces you to rethink American history, and its racist cornerstones, as well as contemplate unconscious racism.

And so the time has come to write, and not because the information I’ve picked up has led me to some extraordinary insight. No. I’m writing because I’ve gathered enough “good shame” to speak up. I call it “good shame” because podcasts, books, films, and TV shows have left me deeply disappointed and embarrassed by the extent to which racism pervades the culture I know, or have come to know. I don’t consider myself racist and yet it’s clear I’ve led most of my young life in a society rife with it.

Entering the territory of race is hard going and forces you to rethink American history.

Shame is what I should be feeling. The English author Martin Amis, along with other leftist British intellectuals, spent a lot of his young life praising the Soviet Union. As adults, he (and others) came to know more about Stalin’s butchery. Amis called his reaction “species shame,” something larger than himself.

My own shame is shameful because, like Amis’s, it’s late, even lethally late, and I know this. I’m guessing if any non-Caucasian people are reading this they are — justly — scowling. That scowl says “We don’t need some random white girl telling us we’re right. We know we are. If only she’d educated herself months, or years ago.”

But let’s move on.

One book that’s had a deep influence on me is Ibram X. Kendi’s “Stamped from the Beginning.” It was among the books that African-Americans on social media most recommended as vital reading to those one step behind. And with good reason. It’s essentially a re-telling of U.S. history but without the selective blindness and patriotic pats on the back that usually come with American history as it’s taught in schools.

My “good shame” boils down to a realization. All my life in the U.S. was still in its racist ways, but it was abstract. I never knew to look for actual signs of racism, let alone considered how to reconcile my sense that something wasn’t right with a country I always associated with what it said it stood for, freedom and equality for all. It was as though I’d seen both the equation and the solution on the classroom chalkboard but couldn’t understand how that equation could lead to that result. Embarrassed by this, and unwilling to try my hand at figuring it out, I simply sat there hoping the teacher wouldn’t call on me.

But now the teacher has. The teacher in this case is the media. The abstraction is gone. Nor can I any longer hope I won’t be called on again, because the realities suggest otherwise.

Far too late in the game. It’s late in the game for an affluent white woman to toss herself into the pool, but here I am. Maybe I still can’t swim but I’ll try. As for shame, everyone who is white should feel it.

We’ve inflicted generations of harm, bigger than any “bad” shame can cover.

All the more reason to usher in the good kind.