A time of cleansing 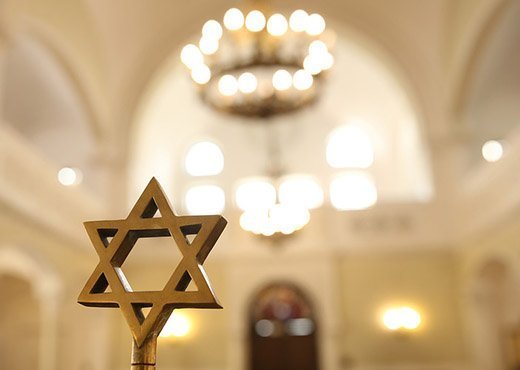 A month of apologies before the Jewish Day of Atonement. And saying "sorry" can be hard work.
I

t was that time of year again. Time, if you’re Jewish, to reflect on all you’ve done over the past 12 months. Time to say you’re sorry, again and again, and again. A long sorry that went on for the entire month preceding Yom Kippur, which this year fell on October 9.

Yom Kippur is Judaism’s Day of Atonement. Before it arrives, you try to cleanse your soul, to work on yourself, to commit yourself to being a better person. And then, on the holiday itself, you fast all day and reflect, usually inside a synagogue. The material world comes to a standstill. You scrutinize your relationships with others. Have you apologized to those you’ve wronged?

Jewish guilt is a powerful thing.

Ten days before Yom Kippur is the Jewish New Year. Shortly after the official start of autumn, a season which, if you set it to music, would play out in D minor. There’s a chill in the air. Trees begin to shed their waning leaves. Winter is coming, but not yet here.

Reflection is the human equivalent to shedding, and this year I took a roundabout route. Rather than praying daily, I absorbed myself in sorting through piles of trash, which in my case meant all the receipts, junk mail, and newspapers that had piled up all around me — everything I really didn’t need. What I did was to clean my apartment. Getting rid of things is so satisfying. Out went that shirt someone gave me that was too small. Out went the worn-out shoes. My car got a thorough washing and cleaning, which it badly needed. Even my system is getting a cleansing (which it also needed) since I’m on antibiotics at the moment.

Reflection is the human equivalent to shedding, and this year I took a roundabout route.

Perhaps I just hold on to stuff longer than most people. But there is such a thing as balance. I once knew someone who’d throw out things almost immediately after getting them. Spooky.

I like to linger on good experiences. I also like mementos, whether from a memorable trip or a pleasant time spent with a friend. Objects, though not necessarily valuable, keep alive my ties to experiences and people. Tangible objects (and words) remind you of the moments left behind.

That’s one of the reasons I write: to turn something ephemeral into something I can look at. As Shakespeare wrote in Sonnet 18, the written word, and other arts, allows us to hold on to a moment:

So long as men can breathe or eyes can see,

So long lives this, and this gives life to thee.

But back to cleaning, I’ve become convinced it can help out even at a spiritual level. Some encounters and experiences are less than positive, so we need no reminders. But we do need to forgive and forget. Or at least forget. In Jewish teaching, forgiveness is a virtue, but not a requirement. Forgiveness is acknowledged as sometimes being impossible. When seeking forgiveness from someone, we’re obliged to ask three times. But only three times. If you haven’t been forgiven by then, you have nevertheless fulfilled your moral and ethical obligation.

In college, when I’d leave for Yom Kippur services, my Catholic roommate would say, “Have fun!”

Yom Kippur is also the Day of Forgiveness. Even if we’ve failed to forgive, this is the day in which God forgives us all. This vibrant spirit of divine pardon gives Yom Kippur a uniquely serious quality and makes it the holiest day of all.

In college, when I’d leave for Yom Kippur services, my Catholic roommate would say, “Have fun!” I was surprised at such a sendoff, but it made me realize, yet again, that many non-Jews knew little if nothing about the day.

Her “fun” comment also reminded me of an incident that took place in my childhood. My dad was driving our family to my grandmother’s house to break the Yom Kippur fast. Maybe a bit light-headed, he was pulled over by a police officer who may have thought he’d been drinking. He told the officer no, there had been no drinking or eating. Rather, he he’d been fasting for the holiday since the night before. The police officer, even though we were in a city with a large Jewish population, immediately replied, “What kind of holiday is that, sir?”

So Yom Kippur is not about fun.

But when it’s over, I always feel better, as if some monumental change has occurred. Like crossing the finish line at the end of a marathon (not that I’ve ever run a marathon) or a very long flight. We land, get our bearings, and begin to walk again.